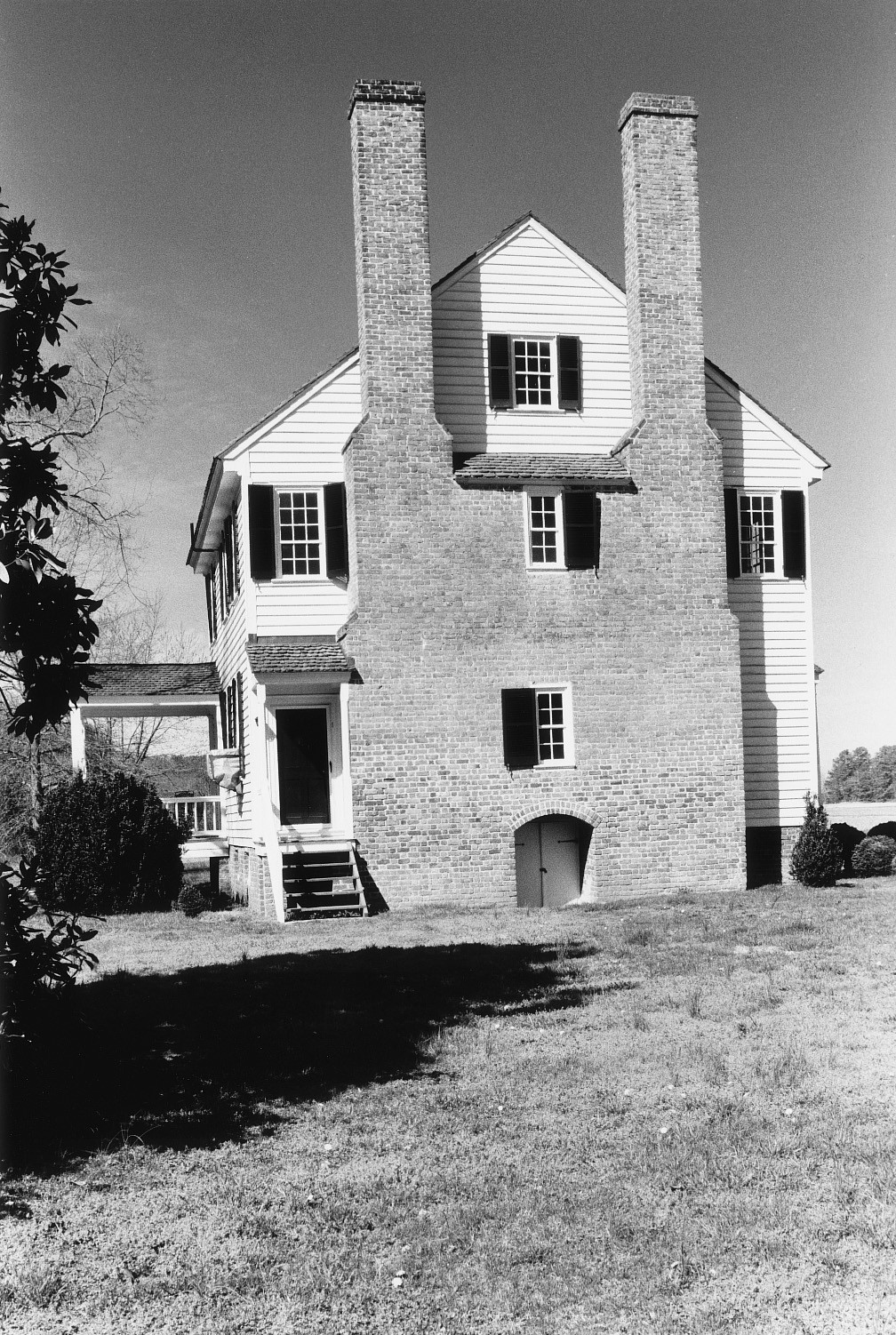 The massive exterior-end chimney structure, complete with windowed pent closets, lends architectural potency to this late 18th-century plantation house. This type of chimney construction served a practical function by accommodating several fireplaces of a relatively large timber-frame house in a single structure. Chester was built for Capt. William Harrison in 1793, a date found on five inscribed bricks. Consistent with the quality of the exterior is the Georgian interior woodwork, nearly all of which is intact. The principal first-floor rooms are embellished with paneled chimneypieces flanked by fluted pilasters. Except for the addition of a two-story ca. 1820 wing, Chester remains without significant alteration. The house stood in neglected condition for many years but was purchased by a descendant of the builder in 1969 and has since been carefully restored.