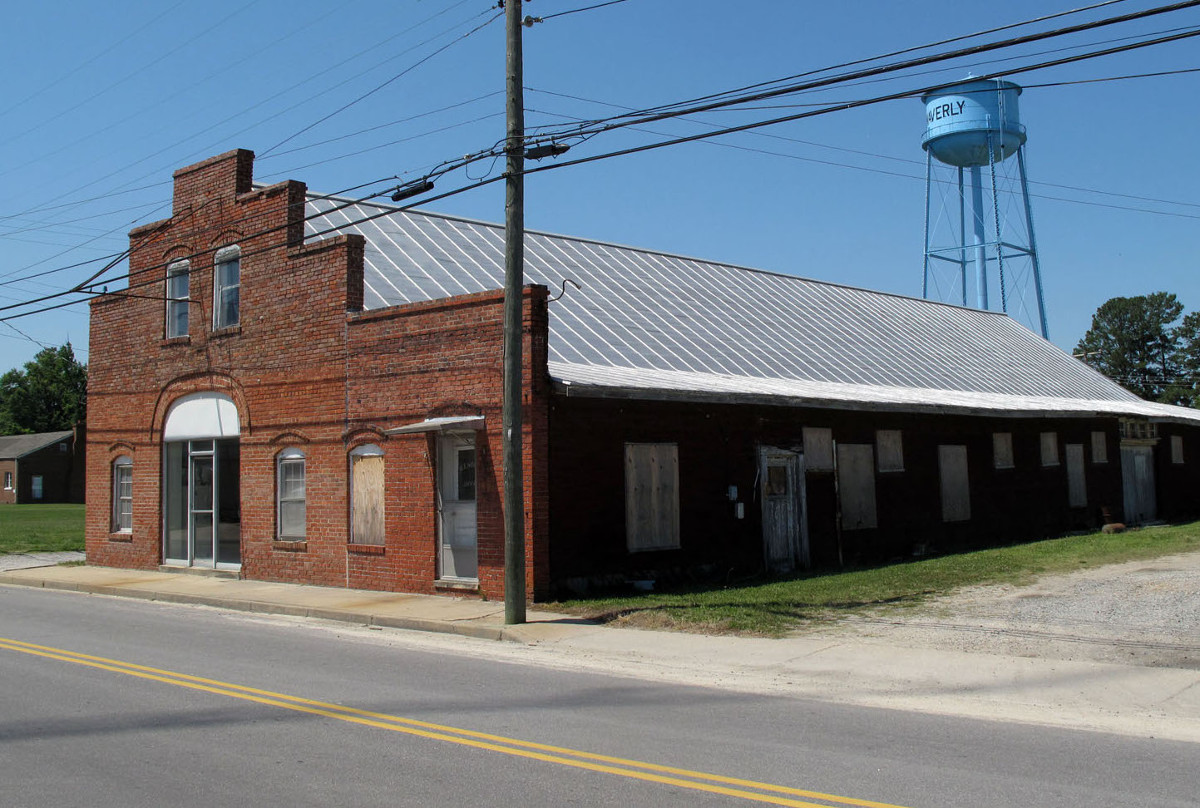 The town of Waverly was established in 1854 on the Norfolk and Petersburg (now Norfolk Southern) Railroad. Waverly’s historic district is an unusually well-preserved depot town on the rail line connecting Norfolk with points west. The district’s earliest building dates from about 1880, but most of its historic buildings were constructed after a 1904 fire destroyed much of the town. Waverly’s prosperity derived from the processing and exporting of the region’s agricultural products and exploitation of the region’s timber from the late-19th through the mid-20th centuries. The district’s buildings range from plain warehouses and small stores to large and elaborately detailed Classical Revival-style structures. The storefronts of many of the buildings were altered as business owners responded to the Great Depression and post World-War II trends by re-doing older buildings with Art Deco or modern elements.