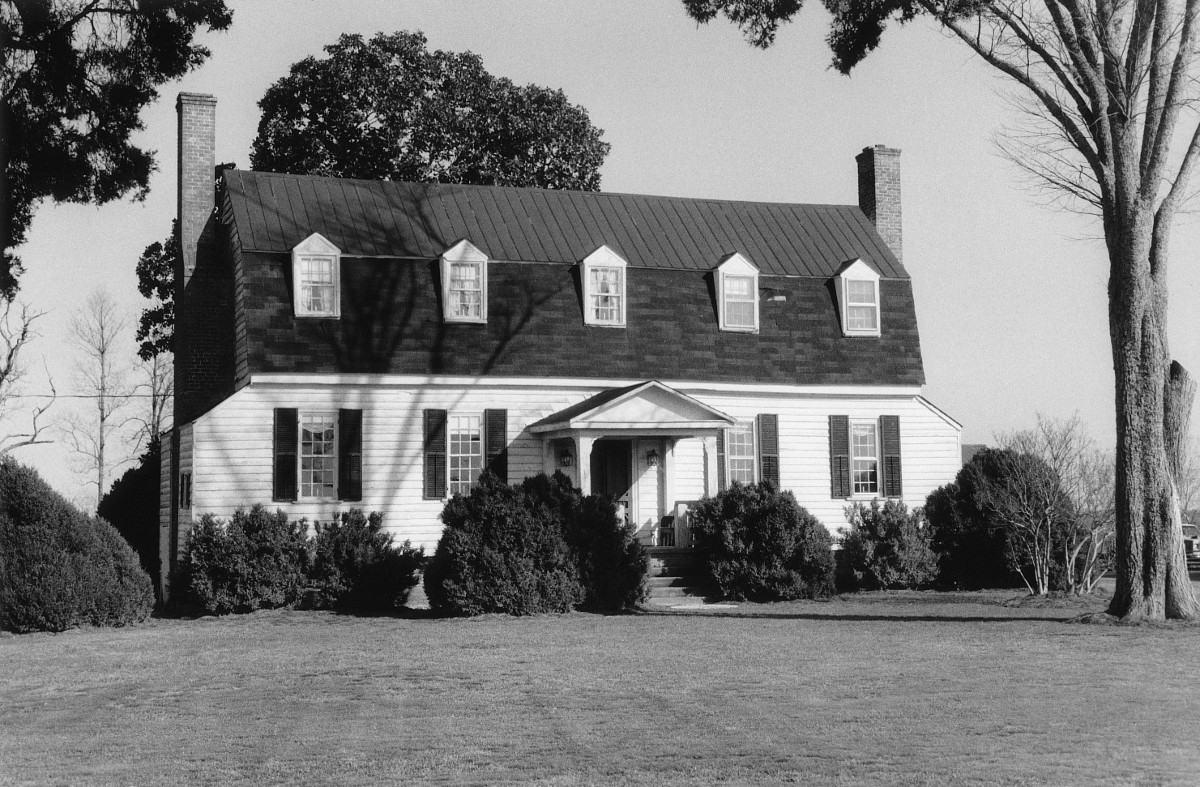 A classic example of traditional 18th-century plantation architecture, Hunting Quarter was built sometime after 1745, when Capt. Henry Harrison inherited the property from his father, Benjamin Harrison of Berkeley. Henry Harrison was the brother of Benjamin Harrison, signer of the Declaration of Independence, and participated in the French and Indian War, serving at Fort Duquesne. The property remained in the Harrison family until 1887. Little altered over the past two centuries, the exterior is distinguished by its gambrel roof, a form favored for mid-size plantation houses. The interior, with its paneled mantels and doors, and an unusual modillion cornice in the principal room, preserves its colonial flavor. On the grounds are an early smokehouse and a family cemetery. Surrounding the curtilage are the level fields characteristic of the southeastern Virginia countryside.