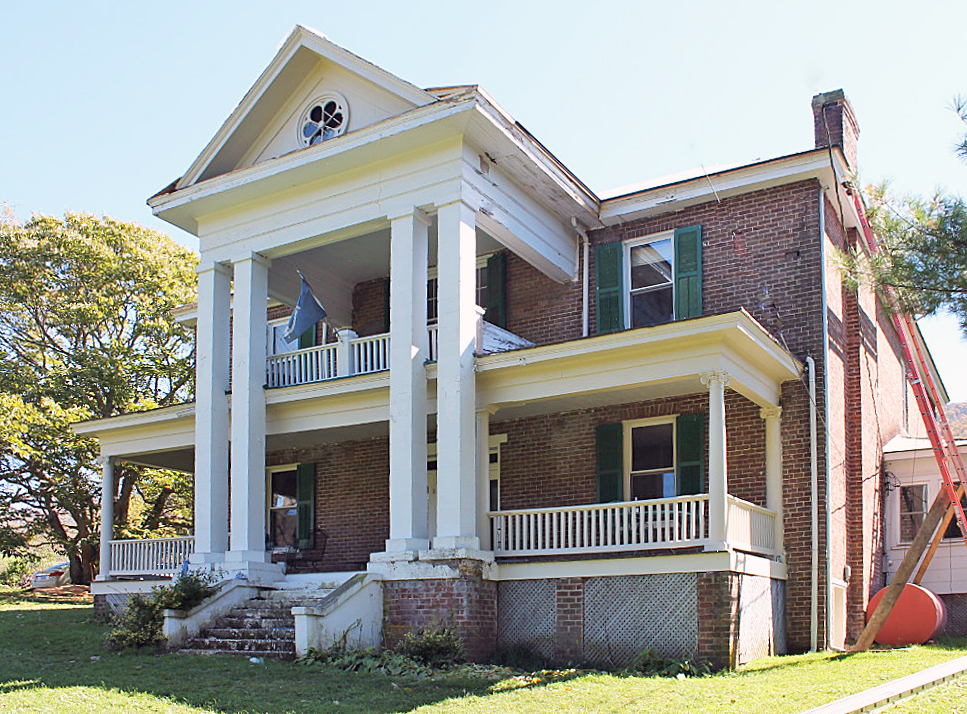 Clynchdale is the center of a sprawling farm located in southern Tazewell County, at the base of Clinch Mountain, on the waters of the South Fork of Clinch River. It is the oldest house at the head of Thompson Valley, named after William and Archibald Thompson who first settled there in the early 19th century. Archibald Thompson owned 2,444 acres in the valley when he began construction of the house. He referred to the property as his “plantation” in his will of 1846. The two-story, L-shaped dwelling was built with bricks made on the property. Repairs and additions to the original house were made in 1870 and in 1910. The front porch and entrance surround date to 1910. Much of the woodwork in the house is Greek Revival-style in character, although the oldest parts reflect the Federal style. Of the original farm, 450 acres are still associated with Clynchdale. Archibald, his wife Rebecca, son James and several others are buried in a cemetery on a hill behind the house.