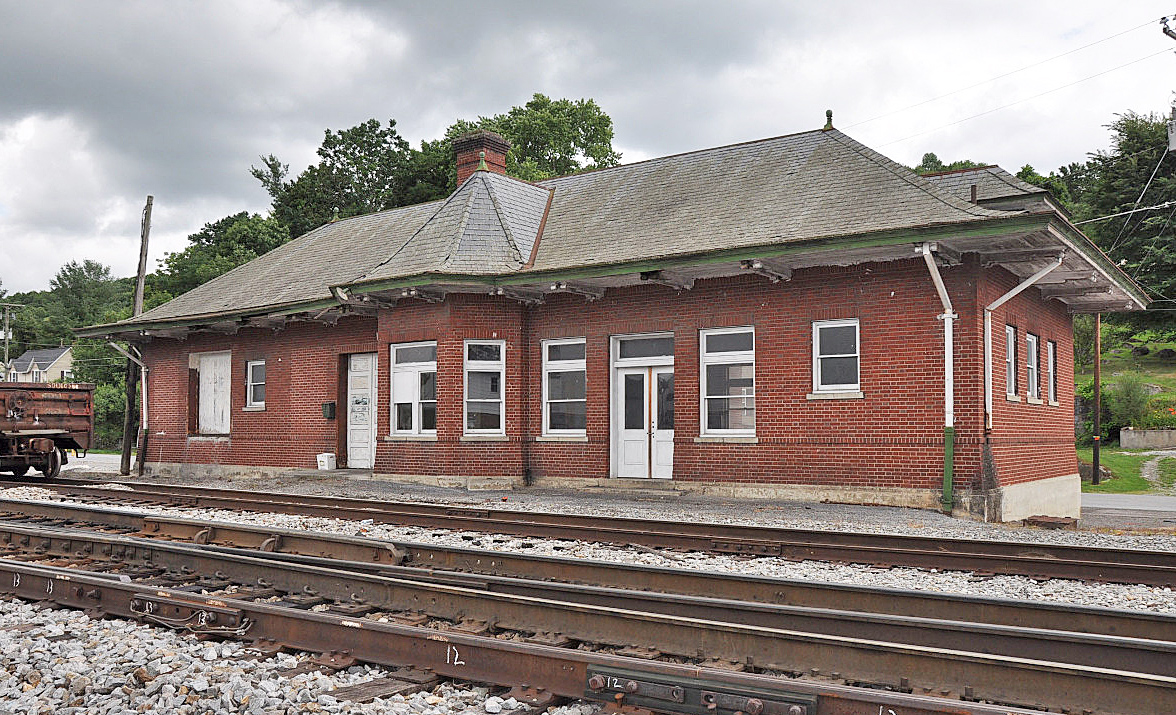 The Tazewell Depot is important for its association with the Norfolk & Western Railway (later Norfolk Southern), a driving economic force in the region and county, beginning in the late 1800s, when the area’s coal and other natural resources began to be systematically extracted and exploited. The depot is situated 1.5 miles north of the county courthouse in the bottomlands of the Clinch River. Constructed in 1928 of brick, the depot separated passenger traffic from growing freight shipments of livestock, lumber, and coal. Previously, both passengers and freight were routed through a frame depot built in 1888. The two depots operated side-by-side until around 1957, when a decline in passenger service removed the need for both depots. As a result, the Norfolk and Western Railway demolished the 1888 depot and modified the 1928 depot to accommodate both freight and passenger service on the Clinch Valley Line. By 1959 passenger service was discontinued, leaving the lone depot for freight traffic until its closing in 1974. The Tazewell Depot embodies the hallmarks of the N&W design, and remains a significant landmark in the Town of Tazewell, which owned the building at the time of its listing. Its relatively late construction date and solid masonry workmanship contribute to its good condition today and make it one of only two remaining depots of the 29 that once served the 103-mile-long Clinch Valley Line between Bluefield, WV, and Norton, VA.