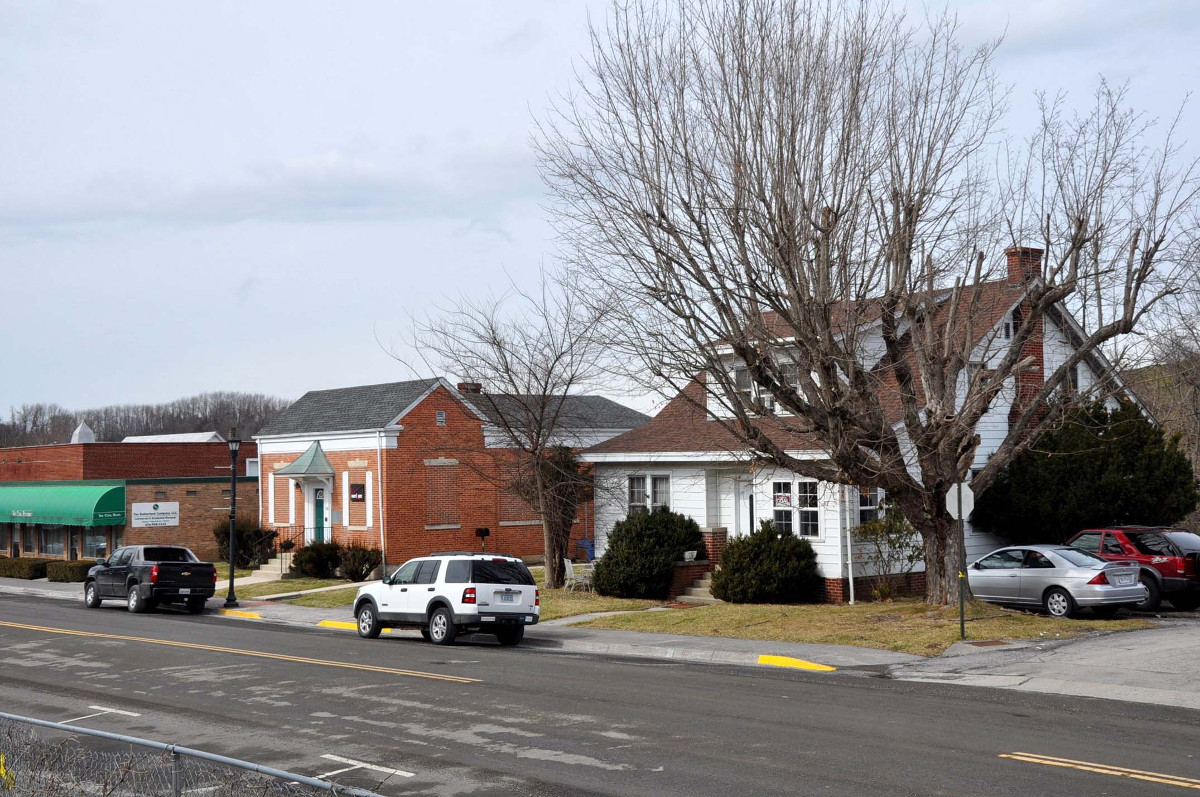 The Tazewell Historic District, located in the heart of the Town of Tazewell, was originally listed in 2001 and encompassed an area of 67 acres, containing two long downtown blocks of Main Street with a larger residential area to the north. This 2016 boundary increase incorporates 11 additional buildings, mostly located along the north side of West Main Street, in the district. The area of expansion is contiguous to the original historic district and includes buildings that relate to the historic functions and architectural character of downtown Tazewell. The buildings, constructed between 1900 and 1950, were purpose-built for commercial, residential, and religious uses and reflect the downtown’s growth and the era’s popular styles. The Commercial architectural style, predominant in the downtown area, is represented in two former auto dealership buildings within the expansion area.