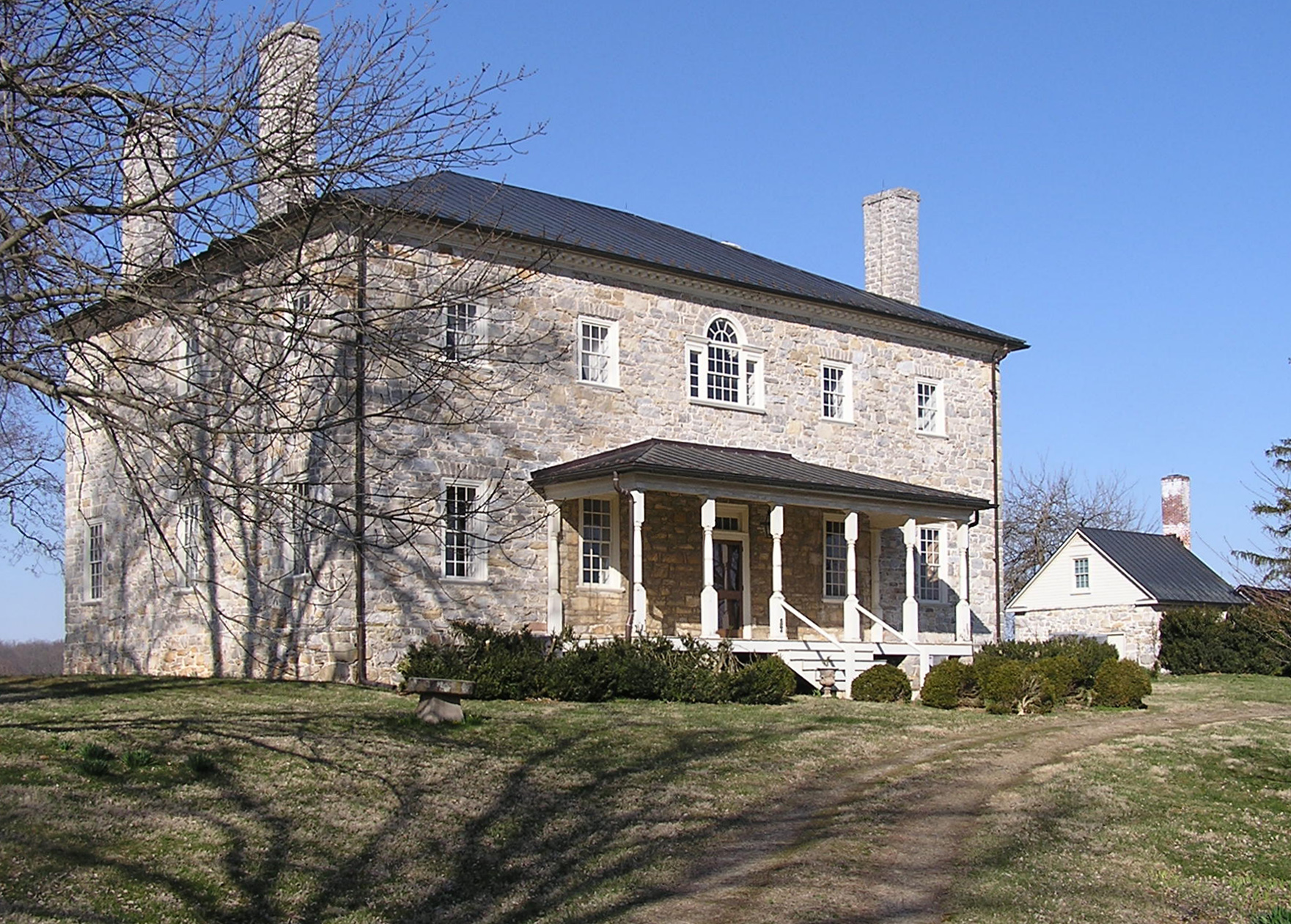 The Georgian style of Virginia’s Tidewater plantation houses was given a regional interpretation in this massive Shenandoah Valley farmhouse. Built of native limestone, Mount Zion has a fortress-like exterior that contrasts with the ambitious provincial woodwork of the lofty interior. The parlor chimneypiece, decorated with carved pendants, swags, animal heads, and rope moldings, is an extraordinary example of the area’s 18th-century craftsmanship, based on published designs by Abraham Swan. The house was built ca. 1771 for the Rev. Charles Mynn Thruston, an Anglican minister and native of Gloucester County, who raised a company of troops during the Revolutionary War. Wounded in the battle of Piscataway, he was known as the “Fighting Parson.” Thruston is said to have held services in Mount Zion’s spacious second-floor hall. A later owner, Alexander Earle, served as a quartermaster in the Confederate army and was elected a state senator in 1881.  Mount Zion contributes to Warren County’s Rockland Rural Historic District.