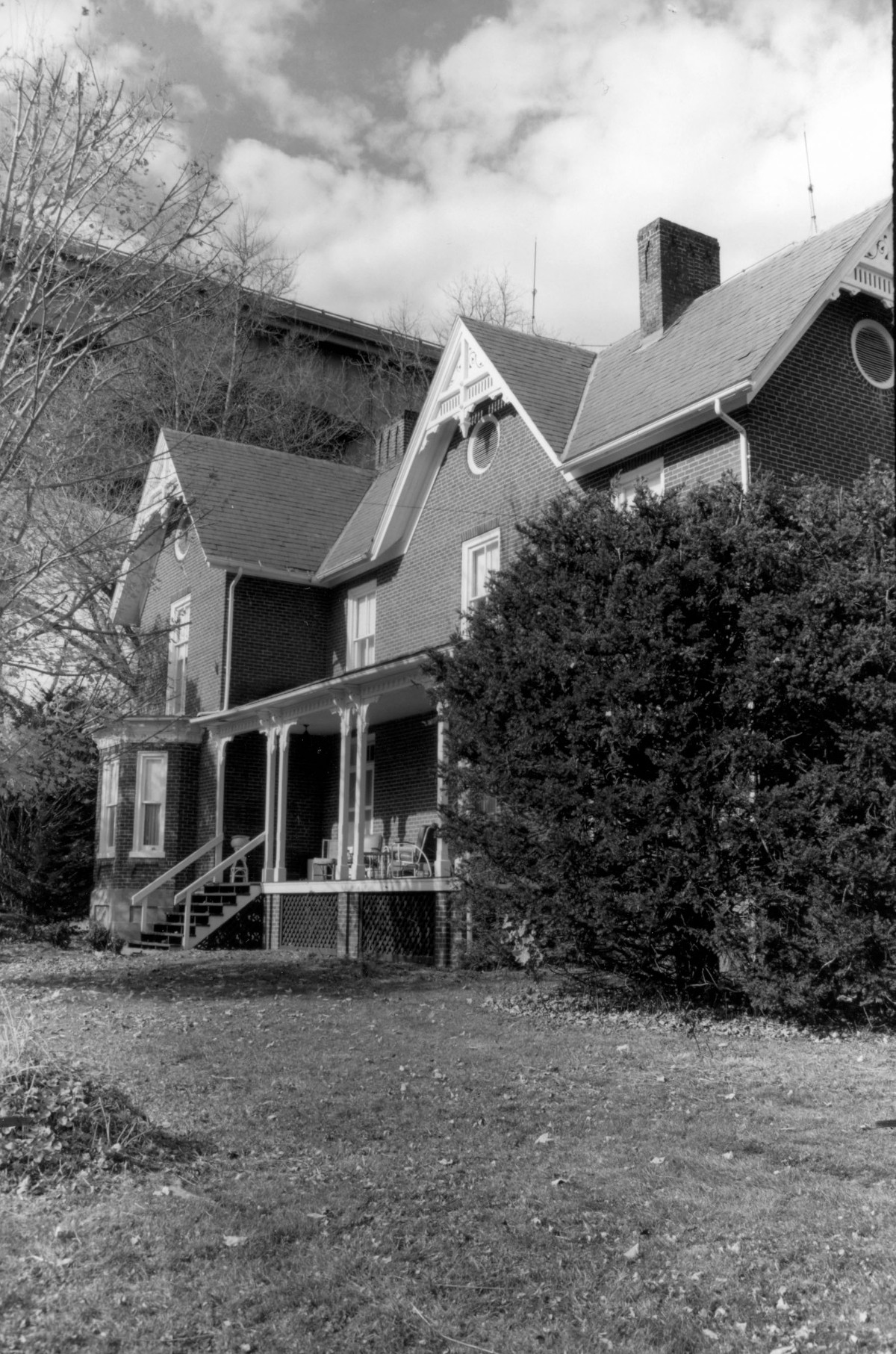 The Sanders Farm, located on U.S. Route 52 near Fosters Falls, boasts a large collection of architectural resources dating from about 1880 through the mid-20th century. The Victorian farmhouse, distinguished by its ornamental gables and porches and interior plaster ceilings, was built for John P. M. Sanders, a leader in the area’s iron industry. Near the house stand a vaulted stone springhouse and brick servants’ quarters, and farther off are log and frame farm buildings, a tenant house, and a store. In the late 1880s the Hematite Iron Co. began extracting hematite iron ore from the property. Visible from the Sanders Farm are several notable structures: the early-19th-century Shot Tower, one of the region’s best-known historic landmarks; the 1880s Cripple Creek rail line bed; and the twin New River bridges of Interstate 77.