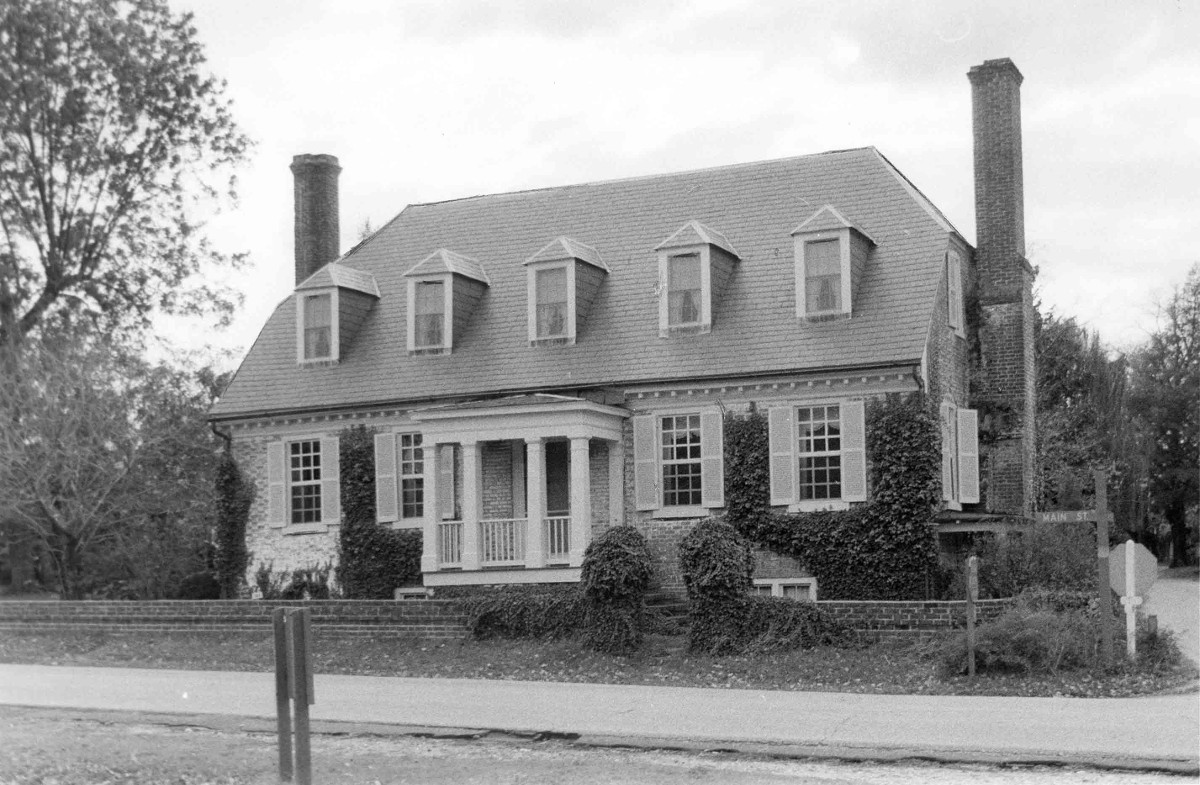 The Sessions-Pope-Sheild House is a mid-18th-century brick dwelling located on the original lot 56 in Yorktown. The house stands one-and-a-half stories high, five bays wide, and two bays deep on an English basement foundation. Entirely laid in Flemish bond, the exterior has been whitewashed. Capping the building is a slate-tiled jerkinhead roof with its original modillion cornice. The house also contains two T-shaped chimneys. The interior contains a central hall with a stairway leading to the upper floor and a single room on either side of the hallway. Remains of two buildings were discovered in an archaeological test excavation conducted 40 feet south of the house. One was a brick foundation, one-and-a-half bricks wide, which were laid in English bond. The second was the northwest corner of another building with a marl foundation.