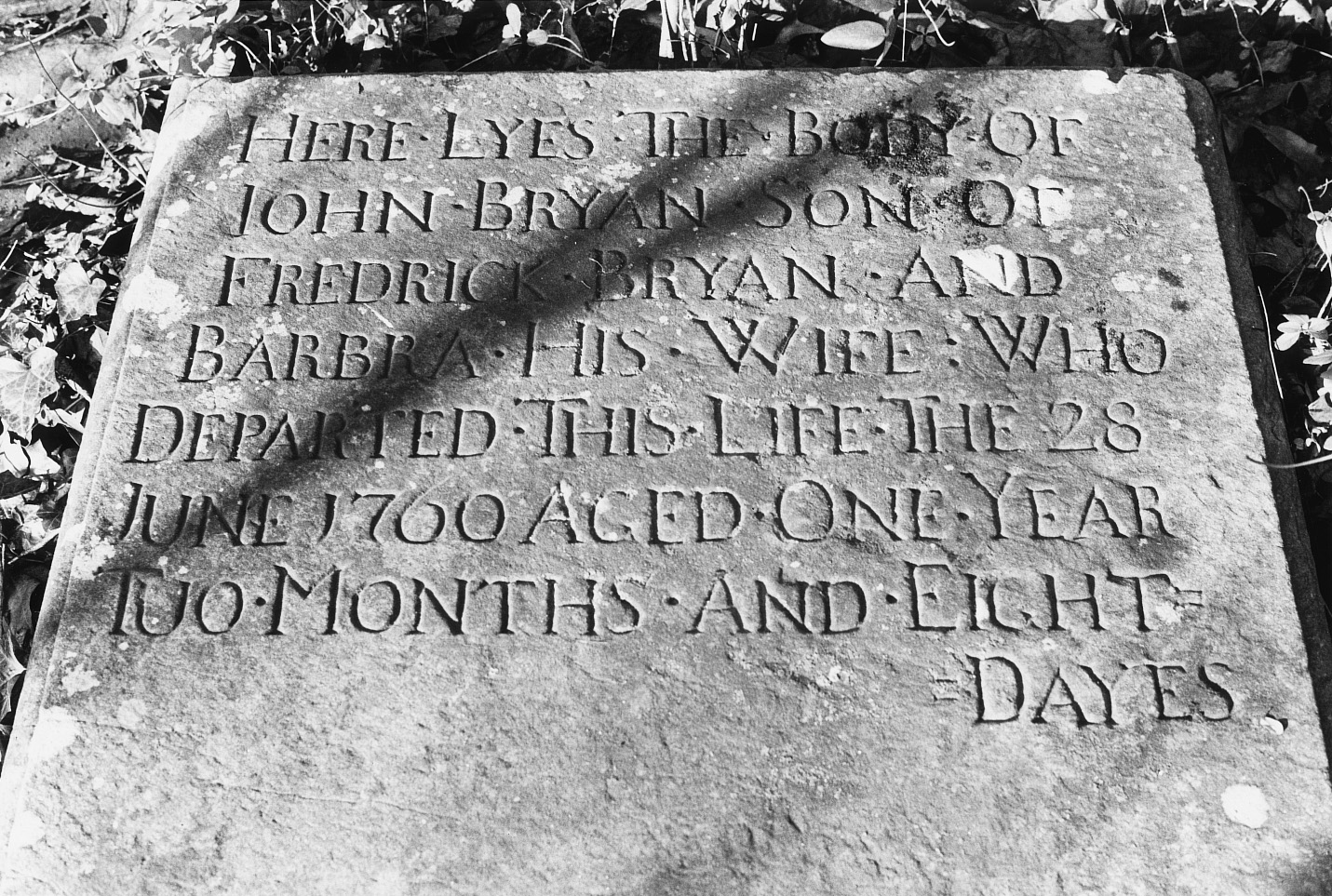 Frederick Bryan, deputy sheriff of York County, purchased a 500-acre plantation near Williamsburg in 1757 from John Fergason and Lewis Hansford and established his residence here. According to the Desandrouin map of 1781-82, the plantation complex then consisted of five buildings. Bryan had other landholdings and received considerable income from the sale of tobacco, pork, veal, and other products produced on his properties. Preserved in the York County records is a highly detailed household inventory made at Bryan’s death in 1771, documentation which could possibly be matched with artifactual findings. A 1976 survey of the house site revealed an unusual footing made of sections of bog iron bonded together with shell mortar. Also at the site is a stone slab over the grave of Bryan’s one-year-old son, John, who died in 1760.