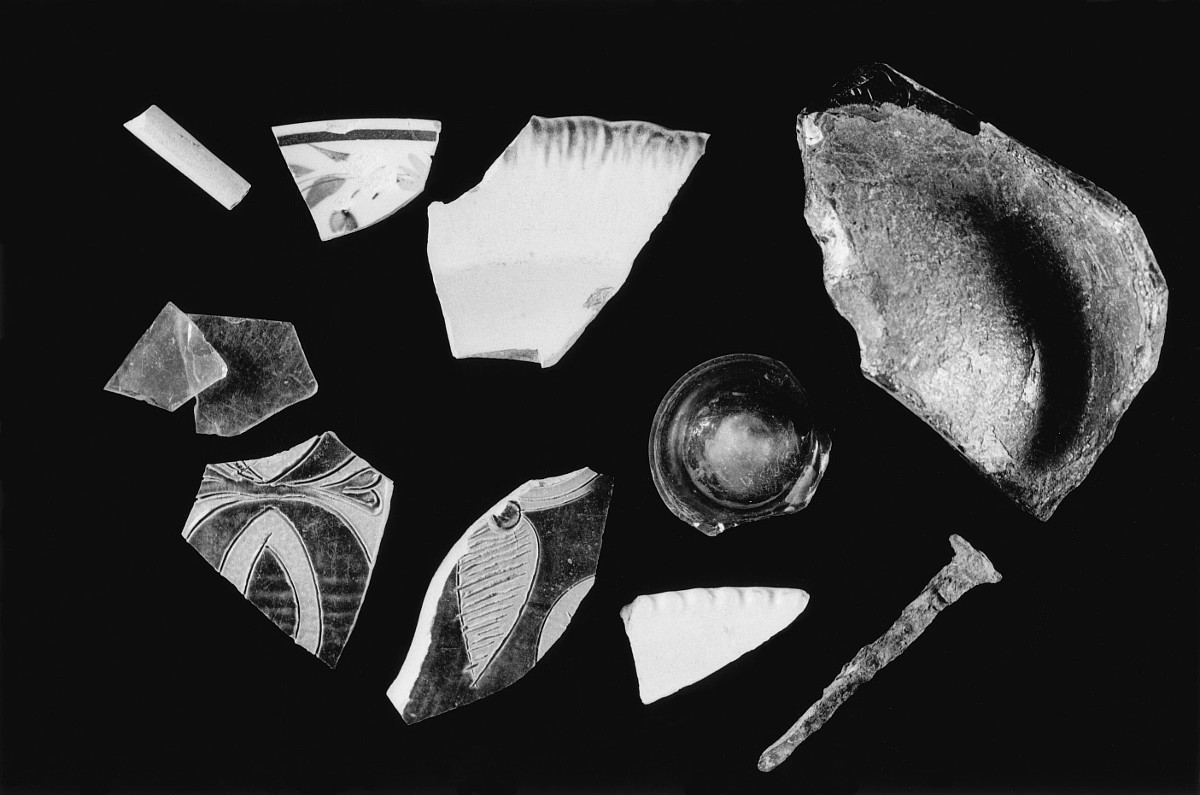 This archaeological site consists of the remains of an 18th-century workhouse for indigents built by Williamsburg’s Bruton Parish Church. By the mid-18th century, the colony’s poor constituted a significant social problem. A 1755 act of the Assembly empowered all of the colony’s parishes to erect poorhouses; the Bruton Parish poorhouse is one of the few known to have been built. A survey of the site, conducted by the Virginia Department of Historic Resources in 1978, located the foundations of one of the four buildings identified by the French cartographer Desandrouin in 1781-82 as the poorhouse complex. Shown is a sampling of the variety of 18th-century artifacts associated with daily life found in the surface investigation. More intense archaeological activity could produce revealing data about the lives of a predominately inarticulate portion of the colonial population.