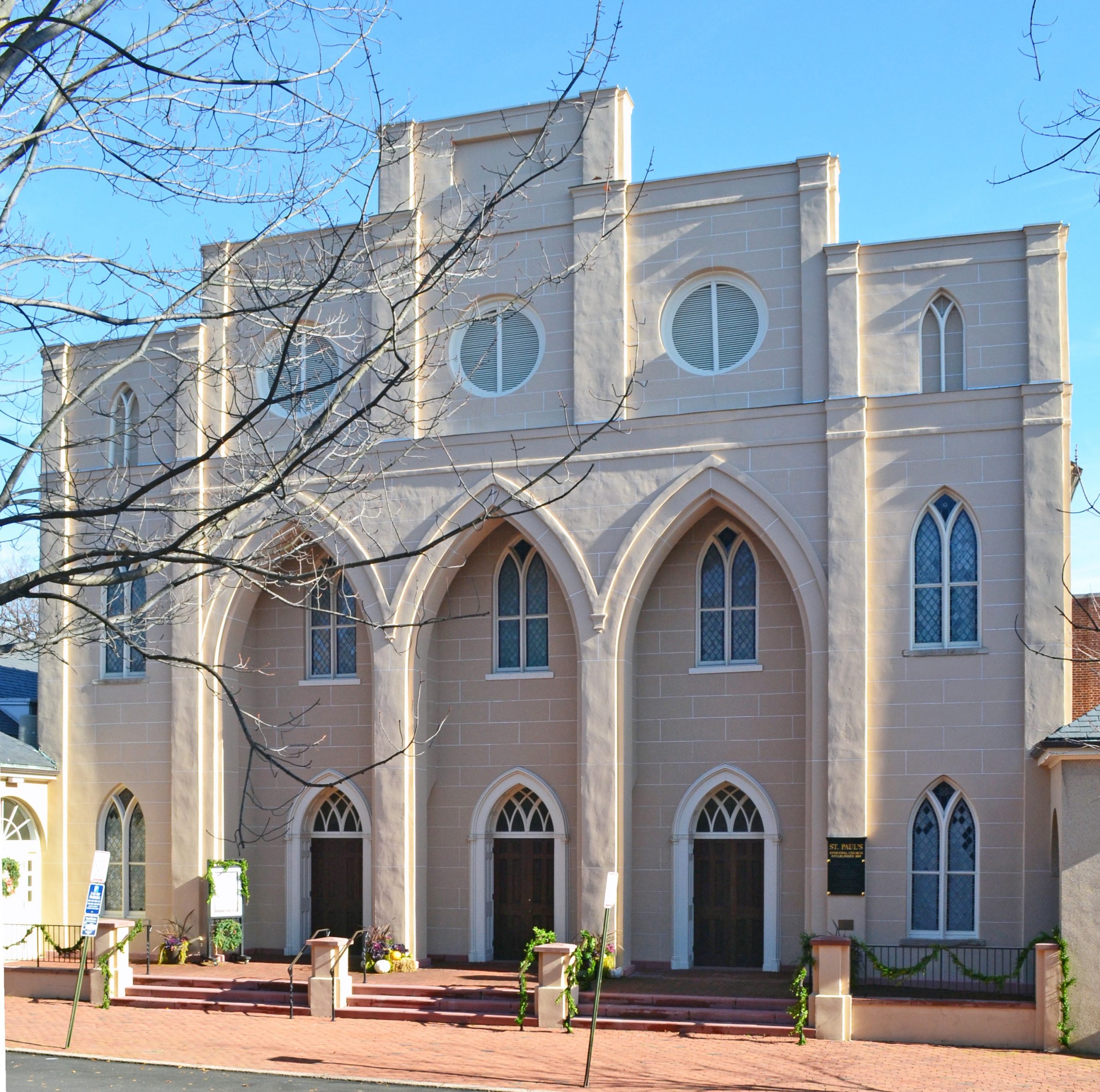 Built in 1817, St. Paul’s is the only surviving Gothic Revival building associated with Benjamin Henry Latrobe, America’s first professional architect, and is Latrobe’s only remaining work in Virginia. The extent of Latrobe’s involvement is debated, but he did provide a design for the front after construction of the church was underway. Although Latrobe was unhappy with alterations to his design made during construction, the church is a pioneering landmark of American Gothic Revival and was hailed on its completion as “an honorable monument to the taste and liberality of the congregation.” Here was founded the Virginia Theological Seminary as well as the Alexandria Hospital. St. Paul’s Sunday School was the first in the nation to contribute to a foreign mission. The church also has been the venue for the consecration of three Episcopal bishops and continues to serve an active parish.  St. Paul’s Episcopal Church is located in the Alexandria Historic District.