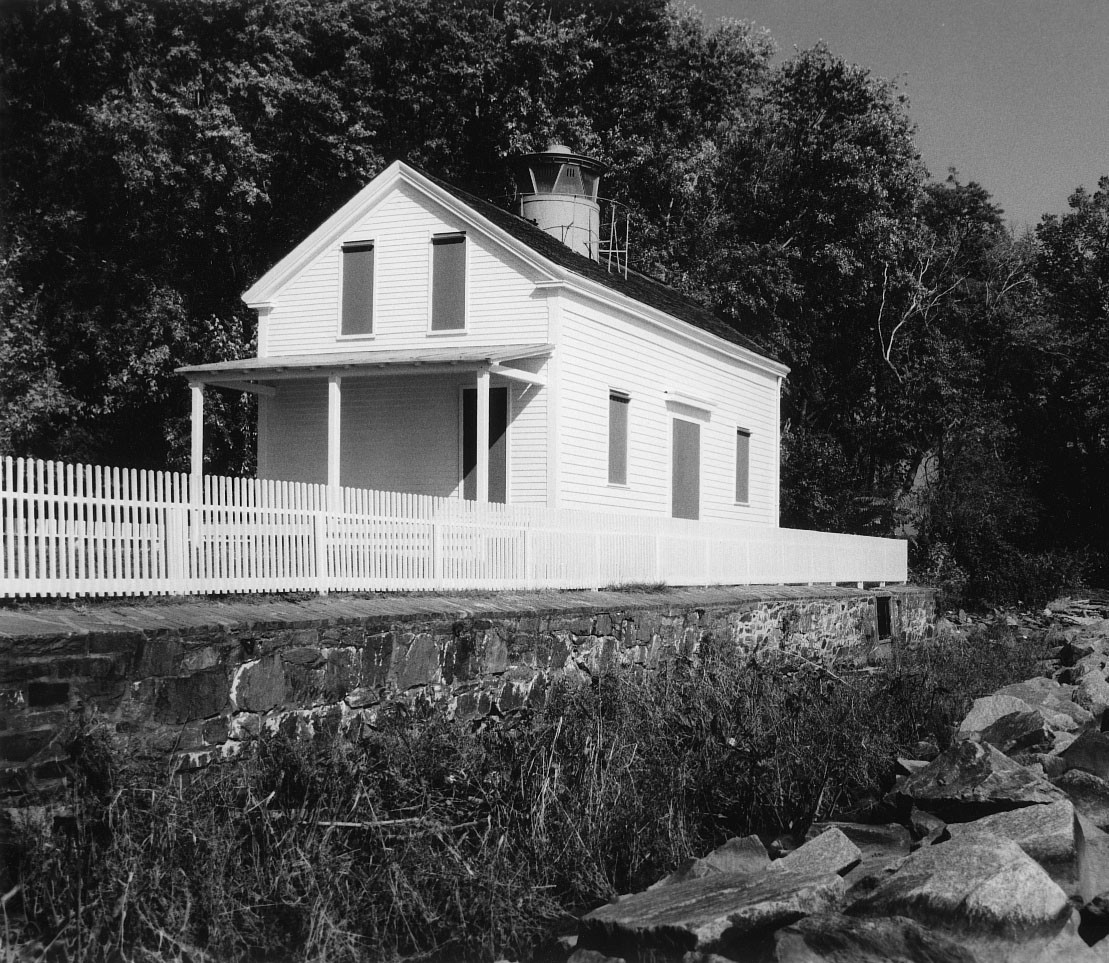 The cottage-like Jones Point Lighthouse was an expression of federal concern for the improvement of inland navigation in the first half of the 19th century. Built in 1855, the plain, weatherboarded structure with its light straddling its gable roof aided Potomac River shipping for seventy years. Next to the lighthouse is the south cornerstone of the District of Columbia, originally laid in 1791 and replaced in 1794. The boundary stone marks the origin of the 1791 survey that carved the District of Columbia from the states of Virginia and Maryland and originally included the city of Alexandria. The Virginia portions of the District were returned to the Commonwealth in 1846. The restored Jones Point Lighthouse, and the District of Columbia South Cornerstone, are now a part of the Jones Point Park.