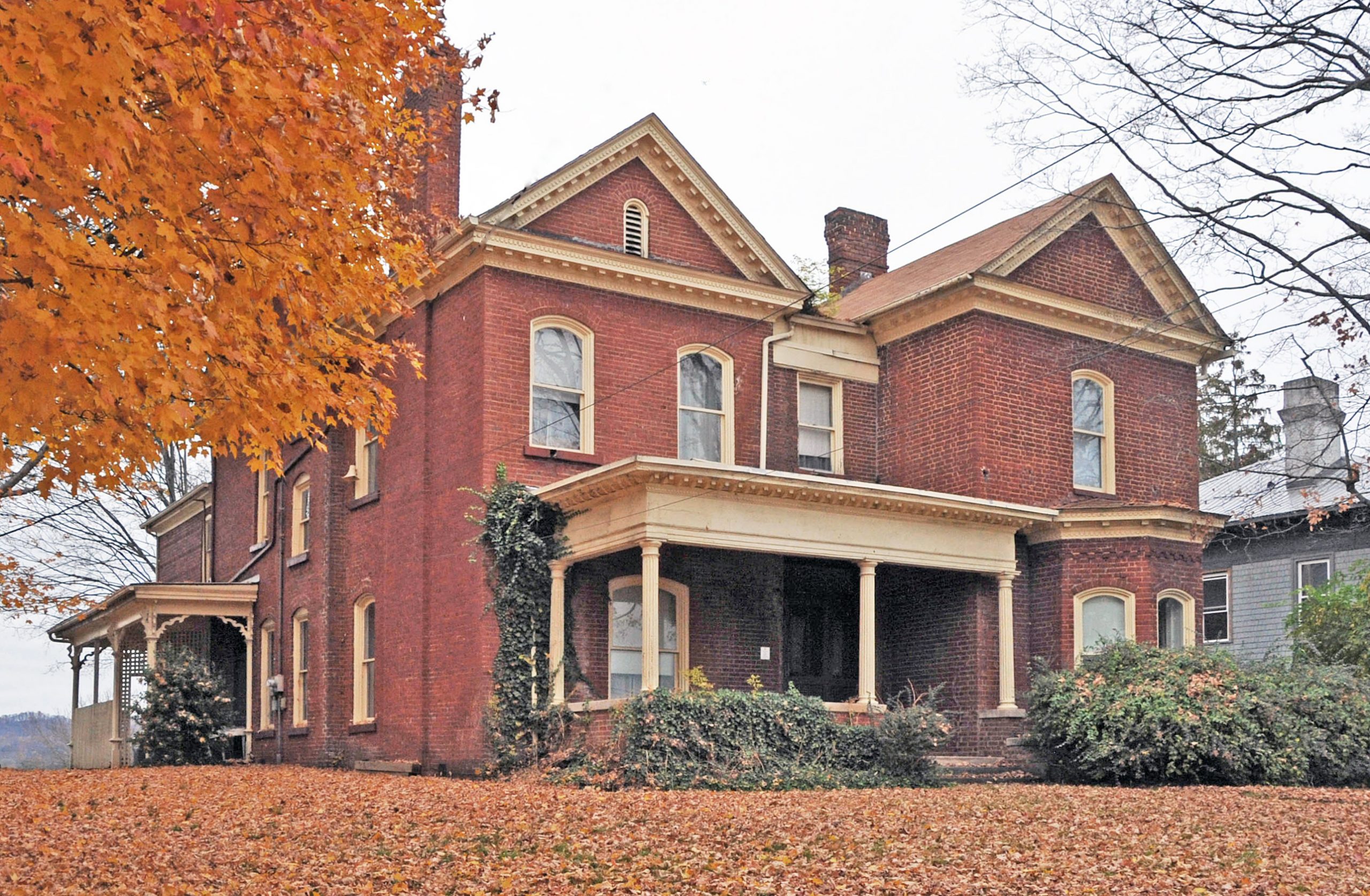 The King-Lancaster-McCoy-Mitchell House is a structure made interesting by its accretions; this complex dwelling, on Solar Hill, overlooking downtown Bristol, is named for the families who constructed its various sections. Col. James King, an Irish immigrant and founder of the first ironworks in Tennessee, built the original I-house core around 1820. John J. Lancaster, a New York banker, purchased the property in 1874 and added an Italianate extension in 1881. In 1891, H. E. McCoy purchased the estate and commissioned the architectural firm of Beaver, Hoffmeister, and Mould of Bristol, Tennessee, to remodel the house, adding the front porch and a rear wing. Joseph D. Mitchell made the final changes in 1903 which included an interior remodeling and service ell. The interiors preserve an elegant turn-of-the-century character with light fixtures, finishes, and appointments of the period.