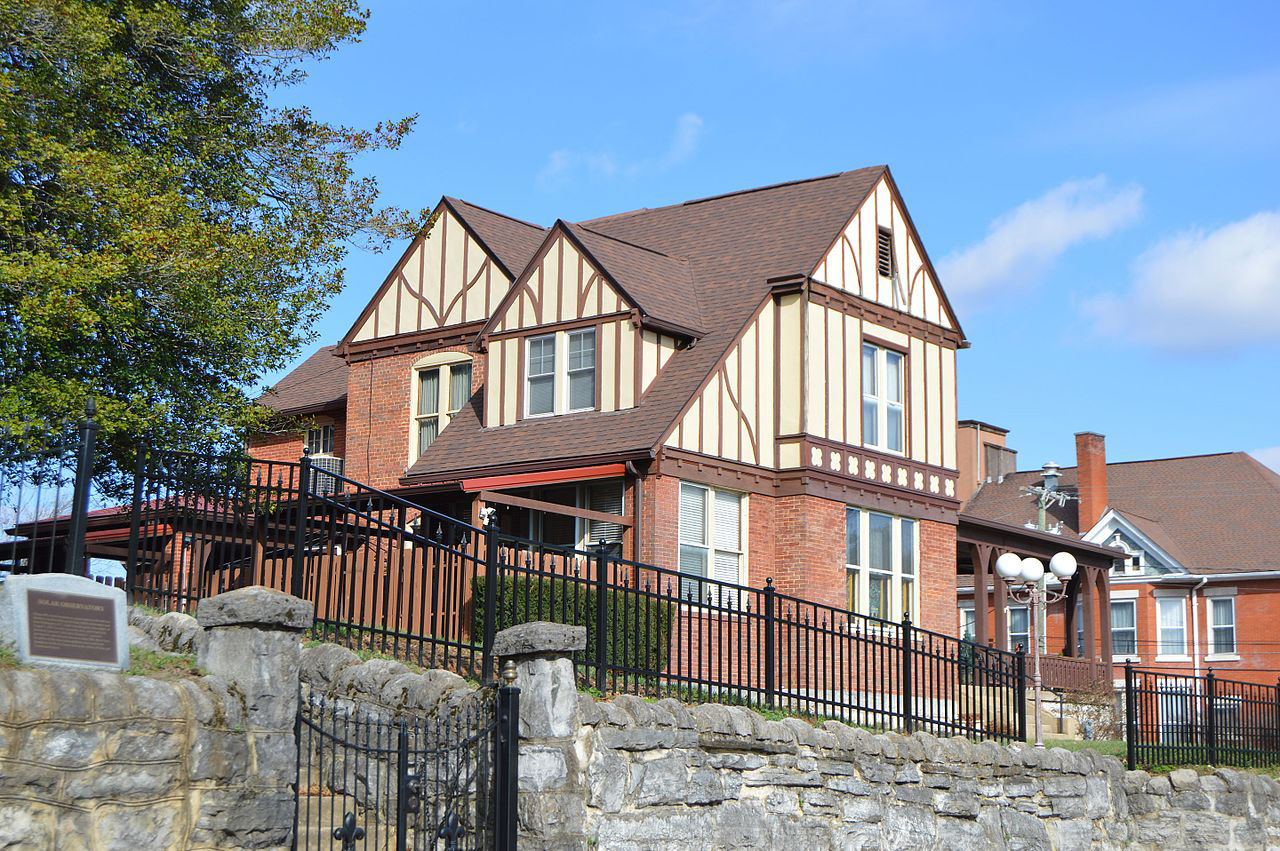 Solar Hill Historic District, a predominantly residential district in the city of Bristol, is approximately two blocks north of the city’s downtown commercial center and the Virginia-Tennessee state line. Named because of its use as an official observation point for an 1869 solar eclipse, Solar Hill began in 1871 as a residential neighborhood built around the antebellum estate of James King, Jr. Builders of residences during the 1870s included attorney James Harvey Wood and banker John J. Lancaster. Incorporation of Solar Hill into the city of Bristol in 1890 led to lot development and the construction of a majority of the neighborhood’s residences by 1910. Construction of new homes continued into the 1920s and, by 1930, few vacant parcels remained in the neighborhood. The Solar Hill Historic District, with its wide, tree-lined streets and its substantial frame and brick residences, has retained its distinctive turn-of-the-20th-century architectural character.