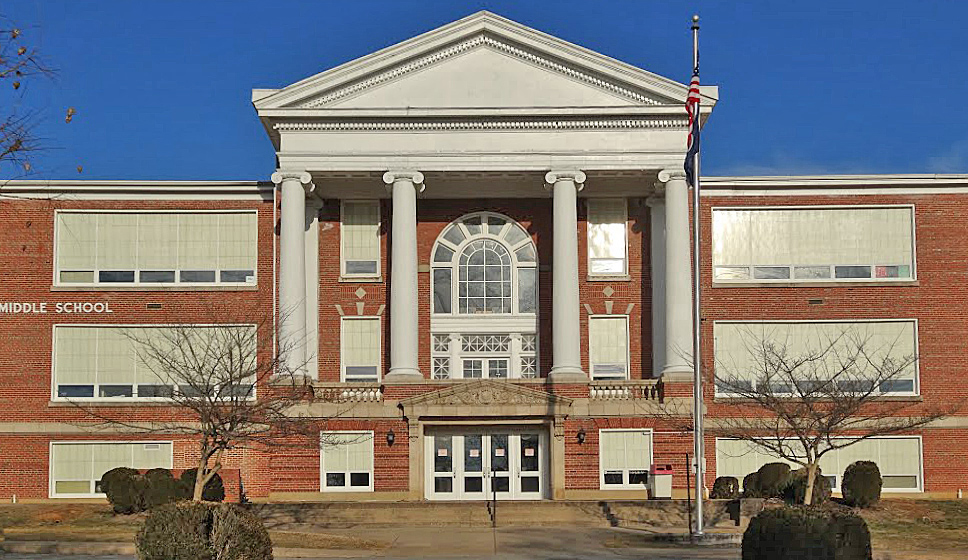 The expertly handled classical design of Virginia High School, (later Virginia Middle School), is a demonstration of the civic pride once expressed in the architecture of public educational facilities. Such buildings dignified their specific functions and lent identity and character to their communities. The school, a landmark in the Euclid Avenue Historic District in Bristol, was designed by local architect Clarence B. Kearfott, who embellished the façade with a monumental Ionic portico. Completed in 1915, the building originally served white children from grades five on. The school later service as a middle school open to all. The building has also served as a venue for many club and civic gatherings throughout its history. Defense preparedness classes where held here during World War II.