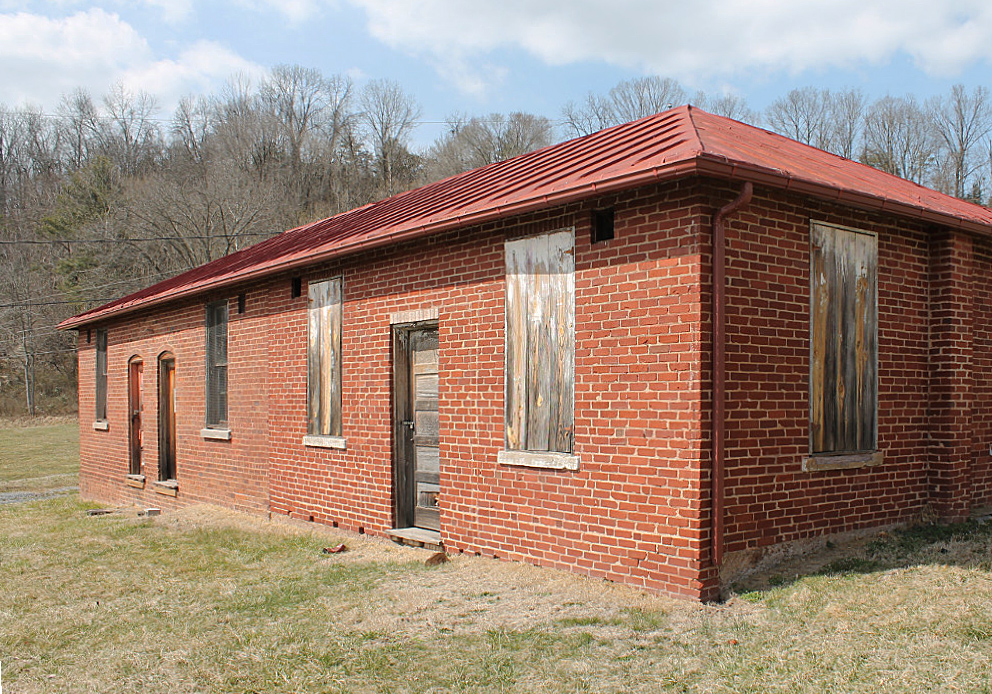 Buena Vista Colored School stands today as a little-altered brick building for the segregated education of African American students. One room was constructed in 1914 on land owned by First Baptist Church (African American), and an almost identical room was added in 1926. The building housed grades one through seven until 1957, when a more modern facility was erected closer to the center of Buena Vista’s African American community. The 1914 portion of the school replaced an earlier frame building. The 1926 schoolroom was added after black residents formed an Improvement League in 1924. That organization petitioned the Buena Vista School Board “for the benefit and improvement of the colored school.” Secondary education for Buena Vista’s black community was not available until desegregation began in 1965.