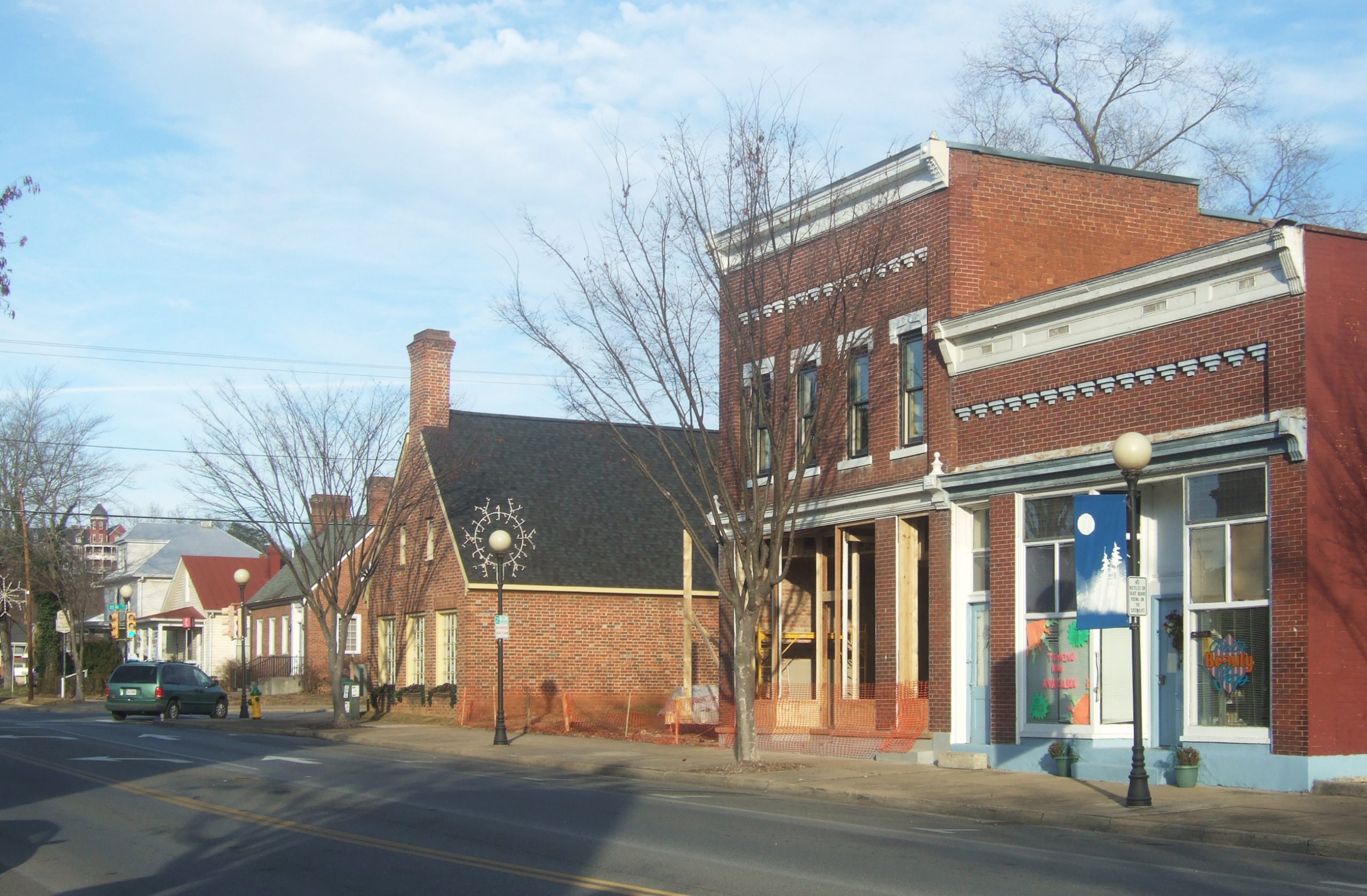 The Buena Vista Downtown Historic District was established in 1889 at the juncture of two rail lines that were convenient to timber and mineral reserves in the Blue Ridge Mountains. Representative of the “boom towns” that sprang up in the mountains of western Virginia, the city of Buena Vista experienced rapid growth in 1889 and 1890, before the nation experienced the economic hard­ship known as the Panic of 1893. After prosperity returned in the early 20th century, the town grew at a measured pace for many decades after. The buildings erected in the early- and mid-20th-century were smaller and generally more modestly detailed than those created during the brief boom period. In addition to commercial buildings, the district also has a city hall and post office.