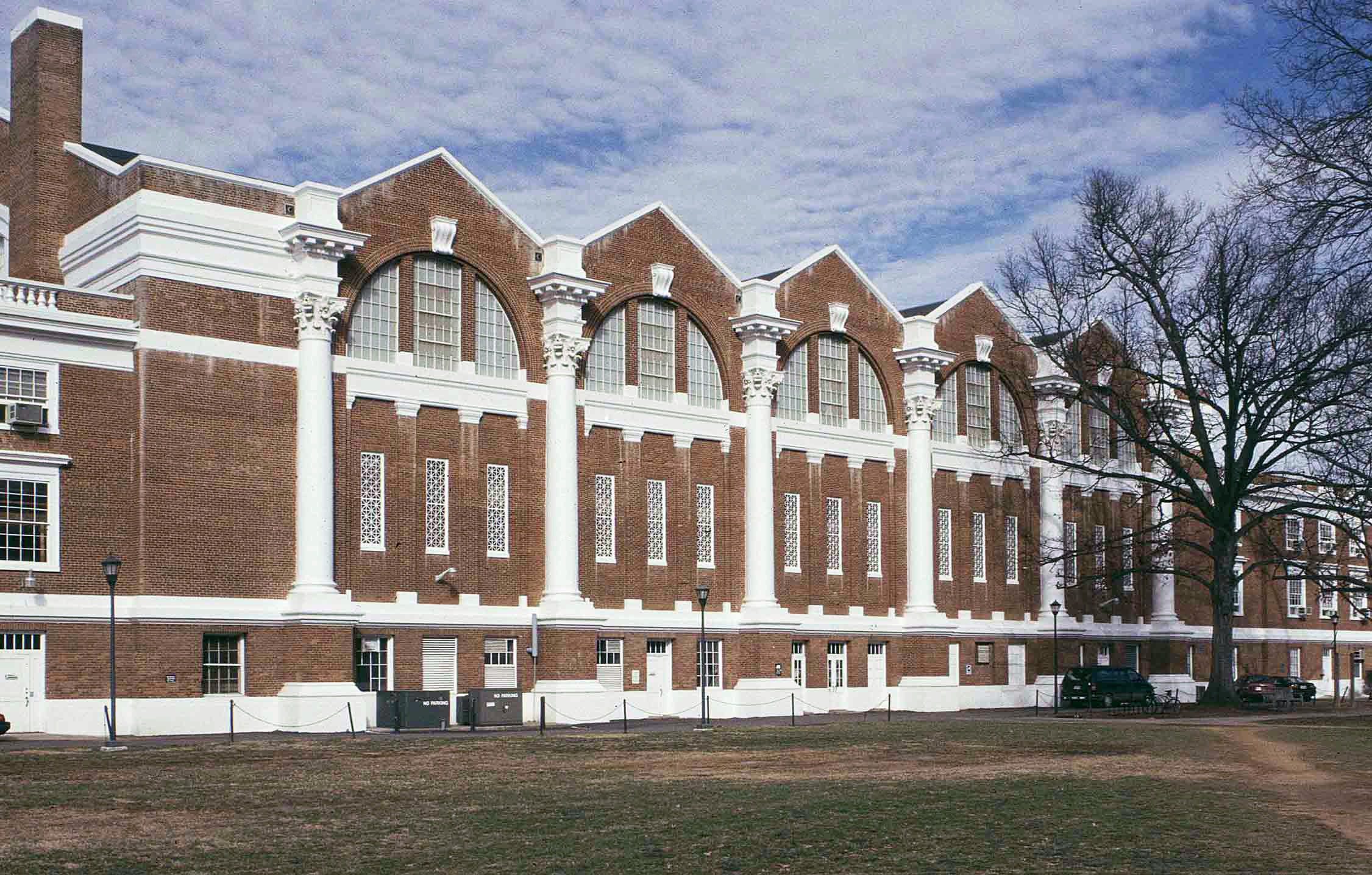 Charlottesville’s Memorial Gymnasium was constructed in 1924 west of the “academical village” at the University of Virginia. The use of red brick and classical ornament links the building with Thomas Jefferson’s original complex, but the gymnasium’s style is Beaux Arts Classicism rather than Roman Revival, reflecting the architectural trends then current. The design employs the familiar three-section semicircular window from the Baths of Diocletian, and giant engaged Corinthian columns dividing the main block into five bays. The main part of the building is composed of a single mass with two lower flanking blocks. Although Fiske Kimball is generally given credit for the design, it was actually the result of a collaboration among architects Kimball, Walter Dabney Blair, John Kevan Peebles, and R. E. Lee Taylor. Memorial Gymnasium retains much of its historic integrity and is used primarily for intramural sports.