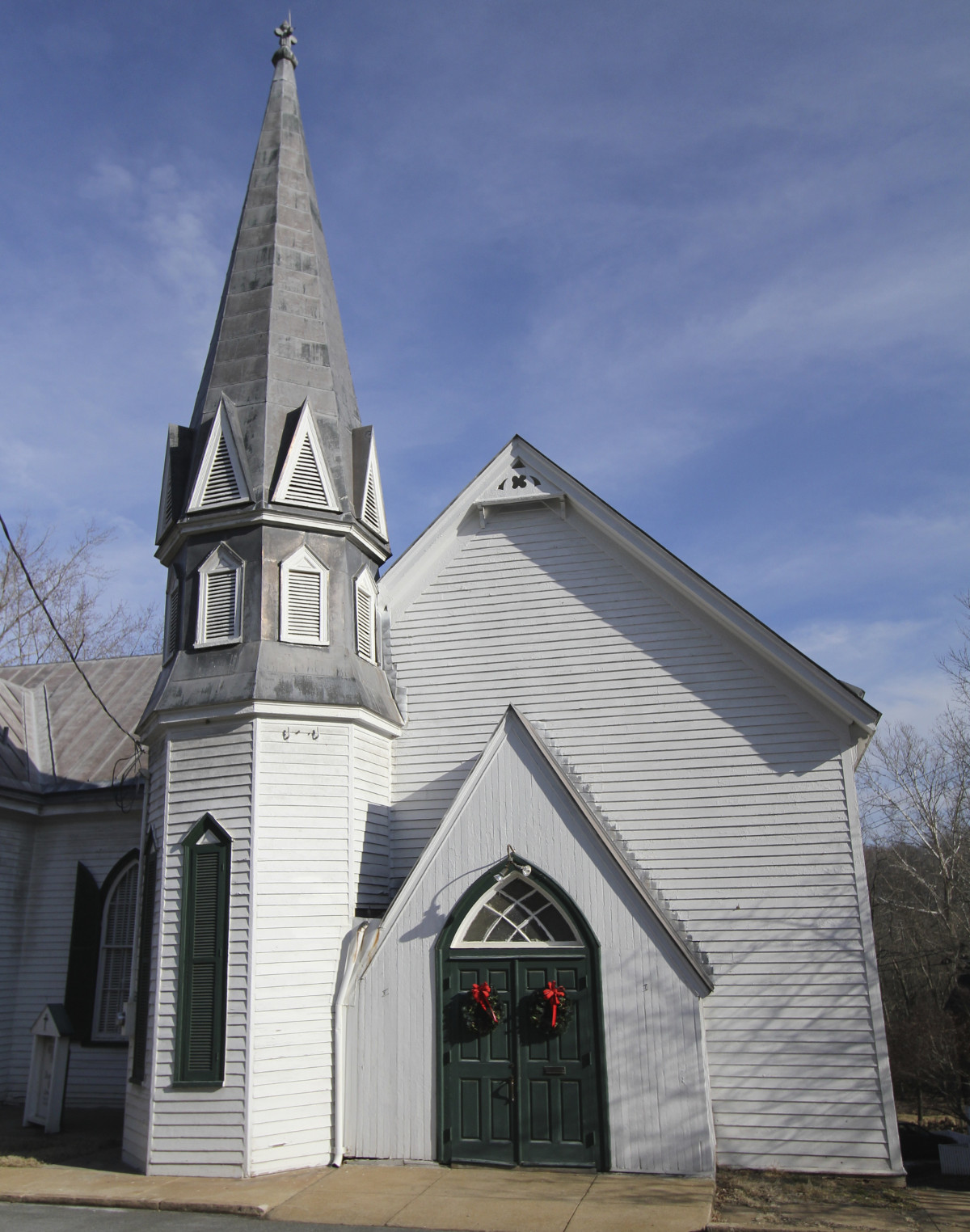 The Woolen Mills Chapel was built by employees of the Charlottesville Woolen Mills on land donated by the company.  It is a well-preserved example of late 19th century vernacular church construction, with its pointed, carpenter Gothic doors, windows, shutters, and steeply pitched gable roof. The building’s most distinctive feature is the 50 foot high octagonal, green shingle-covered bell tower, which gradually tapers to a point. The original 1887 structure, a simple rectangular nave with the tower and vestibule at the south end, was more them doubled in size by the similarly-styled 1908 addition of Sunday School classrooms onto the west side. From 1956 to 1965 the Chapel was leased to the Pentecostal Holiness Congregation, and in 1965, it was leased to the Calvary Baptist Church.