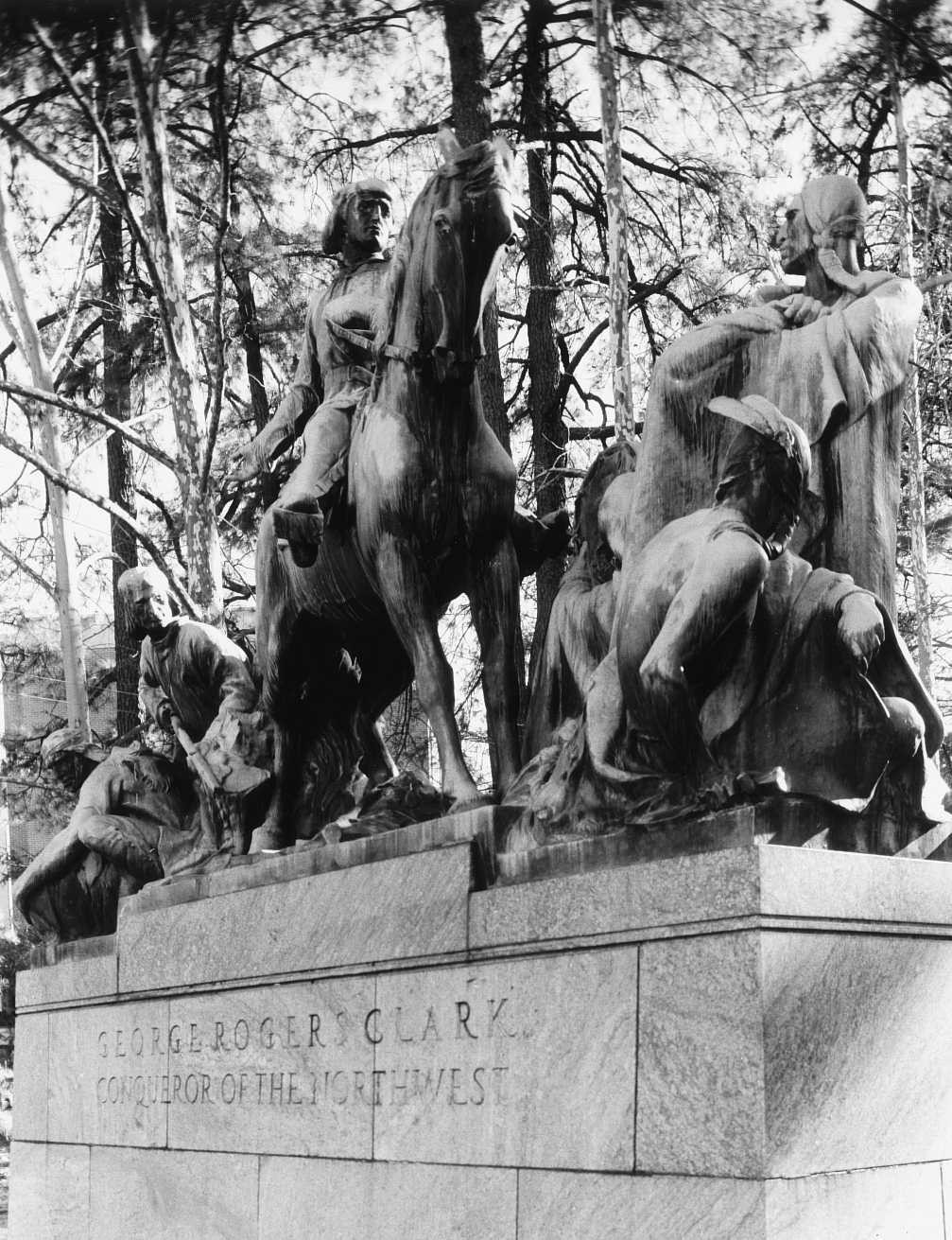 The monument to Albemarle County native George Rogers Clark, “Conqueror of the Northwest,” is the fourth of four works of public sculpture commissioned from members of the National Sculpture Society by Charlottesville philanthropist Paul Goodloe McIntire. McIntire engaged Robert Ingersoll Aitken to create a heroic-size bronze group that portrays a mounted Clark with members of his expedition confronting an Indian chief and members of his party. The sculpture was cast by the Gorham Company and was erected in 1921. A masterful and complex work of art, the monument reflects the influence of the City Beautiful Movement. McIntire departed here from his usual practice of donating monuments to the city and presented the Clark sculpture to the University of Virginia.