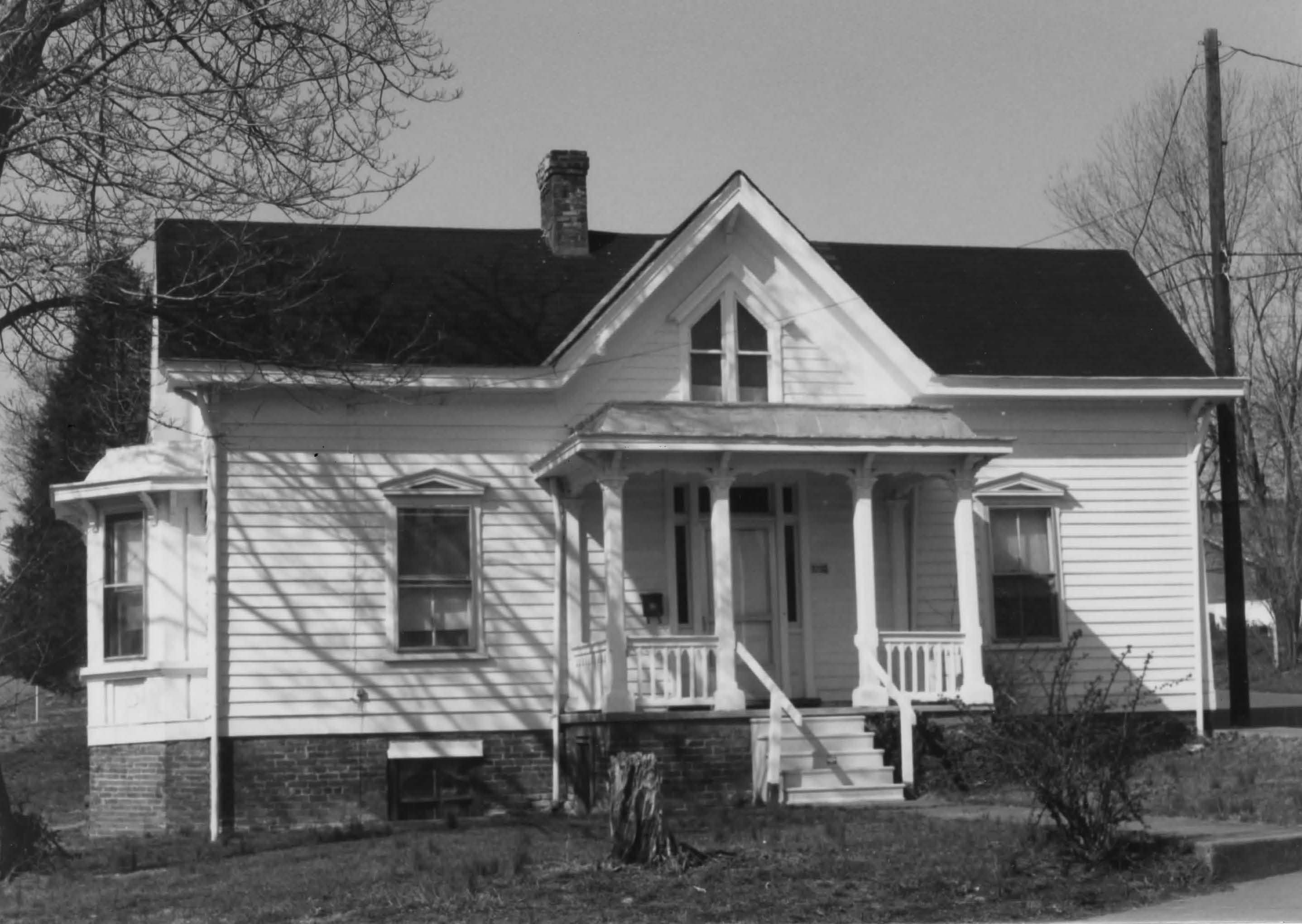 Slaughter W. Ficklin purchased the Belmont Farm from the estate of John Winn in 1847 and lived there until his death in 1886. The cottage was built before 1886, but no record of the exact date has been found. Stylistically it appears to date from the 1865-1885 period. It originally stood on the southwest corner of Belmont Avenue and Castalia Street, where Clarke School stands today. The farm was subdivided after Ficklin’s death, and D.C. Carver purchased “the Cottage” and one acre of land in 1891. He sold it in 1903 to C.E. Crawford whose family lived there for the next 26 years. They sold the land alone to the Charlottesville School Board in 1929 and moved the cottage on rollers two blocks downhill to its present site.

The Ficklin-Crawford Cottage suffered a fire in October 1981, and later that year the city of Charlottesville granted the owner’s request for permission to demolish the building.  The site has since been redeveloped.