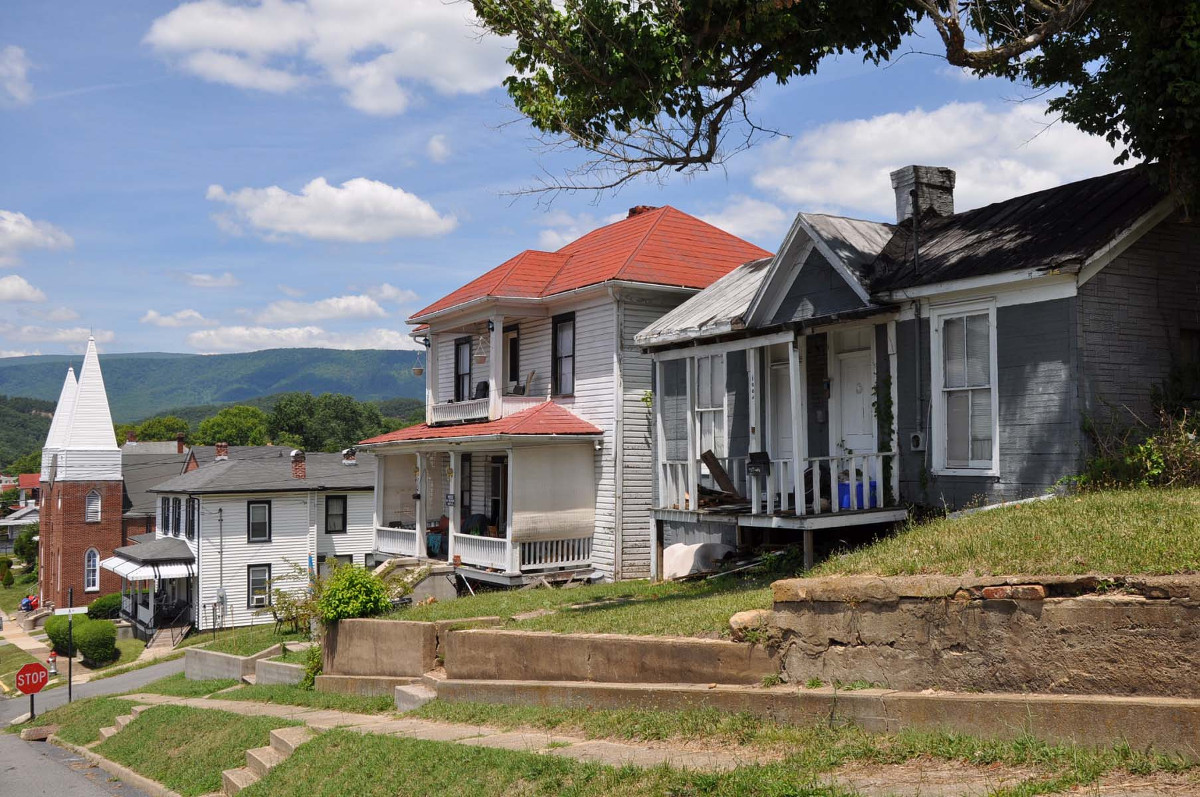 The Clifton Forge Residential Historic District occupies 174 acres of the town’s original 1890 plat map and centers on the core concentration of housing that is associated with the period of growth and prosperity of the Chesapeake & Ohio Railway, which established railyards and terminal facilities there in 1890. The district contains single-family vernacular houses dating to the turn of the 20th century, and numerous churches and schools, including several that are associated with the district’s African American community. The district also includes the 1920s-era Clifton Forge High School and Public Playground (now Memorial Park), and the 1940-41 Armory building, as well as the town’s first cemetery, Crown Hill.