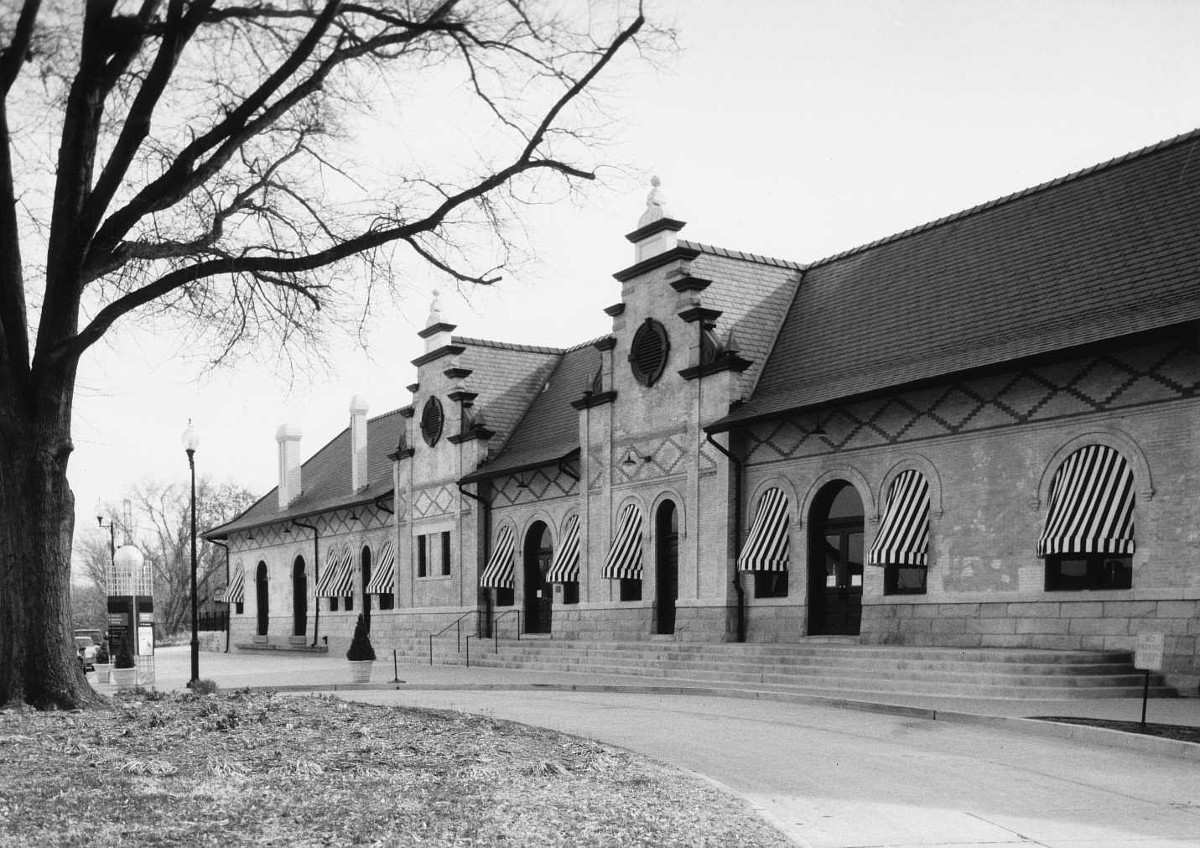 The railroad station is among the most threatened of American architectural forms. Perhaps less than ten percent of our extant stations are used for their original function. Many that are not abandoned now serve new uses. Temporarily closed to passenger service in 1993, Danville’s Southern Railway depot has found new life as a branch of the Science Museum of Virginia, with one waiting room refurbished for Amtrak passenger service. The elongated structure, decorated with fancy stepped gables, recalls the Renaissance architecture of the Low Countries. It was designed by Frank P. Milburn, and completed in 1899, serving a principal stop on the Southern’s Washington-to-Atlanta route. The depot burned in 1922 and was rebuilt within its original walls in modified form. A central tower was not reconstructed and the interior was simplified. The depot is now owned by the city of Danville.