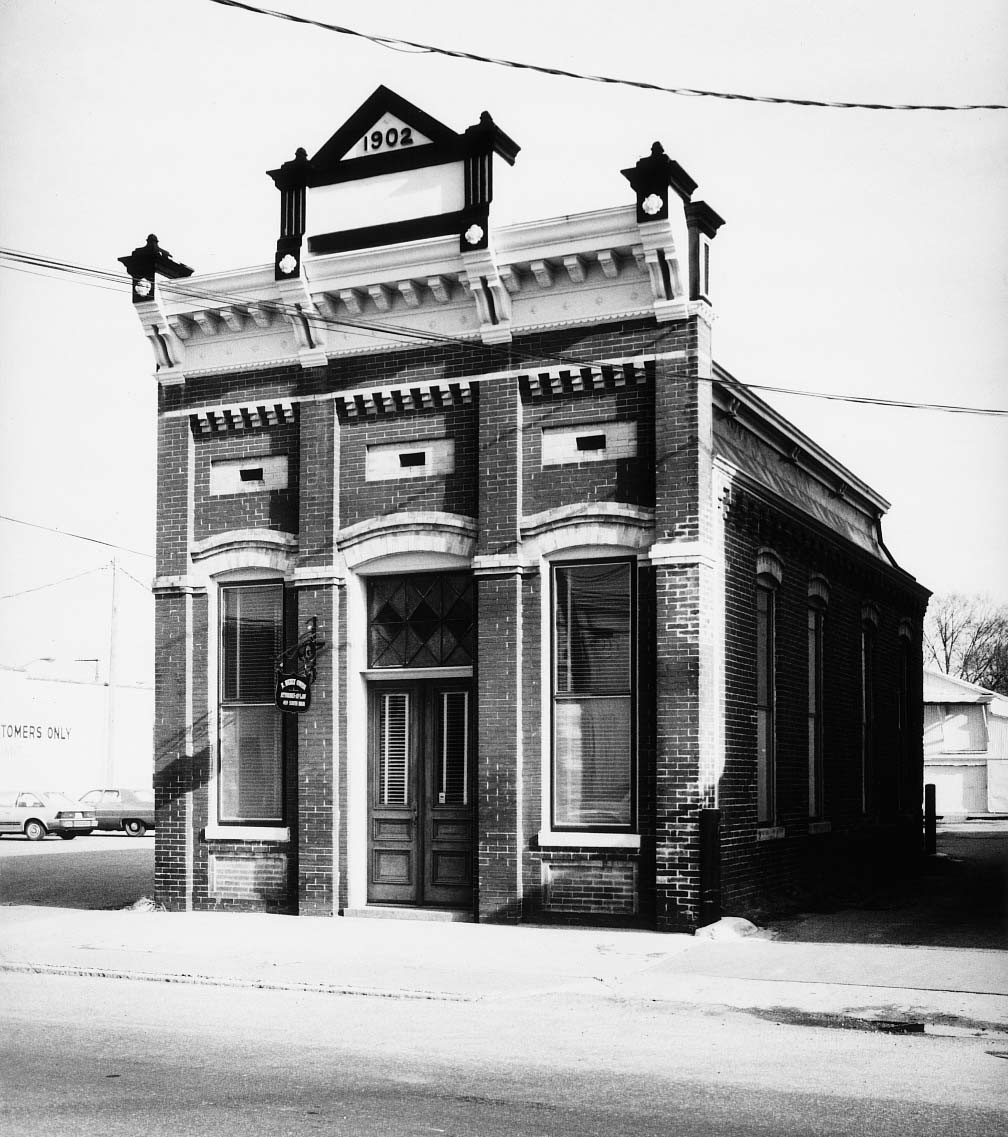 The Old Merchants and Farmers Bank Building, completed in 1902, is a miniature version of the commercial structures that gave turn-of-the-century America’s main streets architectural dignity. Even such a small structure could project a sense of monumentality through the use of a mansard roof and a fancy sheet-metal cornice, in this case manufactured locally by H. T. Klugel and sons. The cornice is a demonstration of how a rich architectural effect could be achieved with minimal cost and effort. The building was used as a bank until 1920 and as a law office until the mid-1940s. It then became the local library. In 1978 Greensville County deeded the building to the Greensville Historical Society. Located in the Hicksford Historic District, the building was dedicated as a local history museum in 1994.