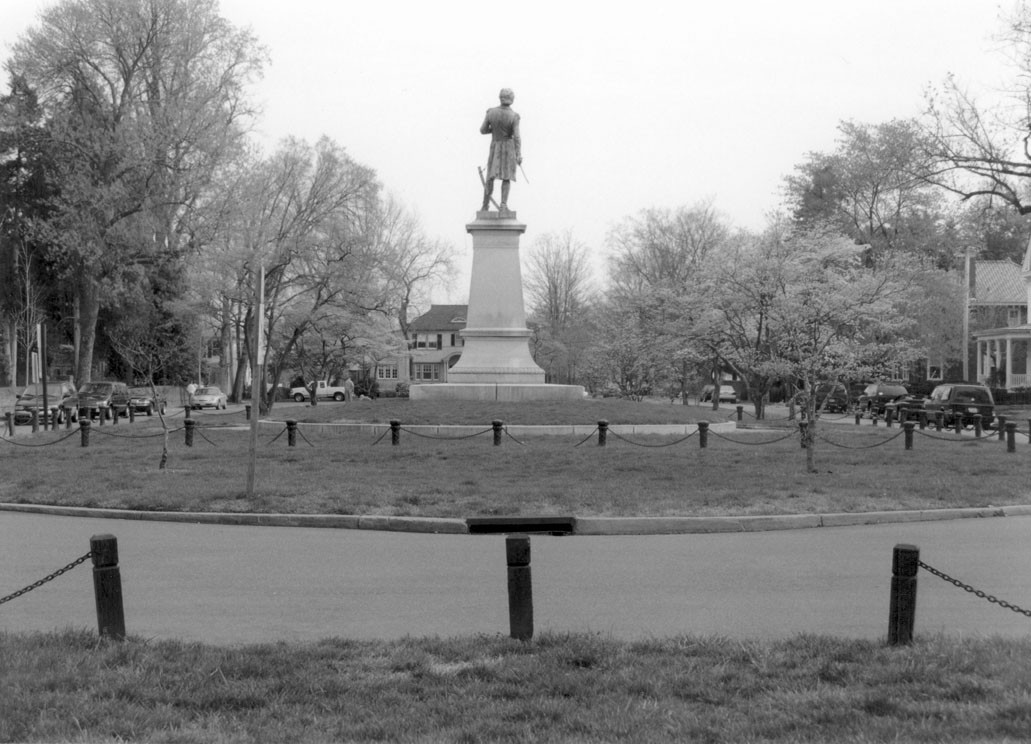 Washington Avenue Historic District is Fredericksburg’s only historic monumental avenue and the site of an outstanding collection of high-style residences built for the city’s elite at the turn of the 20th century. Containing mostly examples of Queen Anne- and Colonial Revival-style houses, the district also includes Kenmore, home of President George Washington’s sister, Betty, a singular example of Georgian architecture in Virginia and a National Historic Landmark. In addition, several monuments of artistic and commemorative significance grace the district, including a monument over the grave of Mary Ball Washington, mother of President Washington. The formal landscaped design of the broad avenue, prominently placed memorials, and architecturally sophisticated dwellings reflect the aspirations of a town attempting to redefine itself and its character after the devastating years of the Civil War. Washington Avenue also represents the trend toward improved urban design and civic improvements that resulted in grand monumental avenues and promenades in cities all across the United States as part of the City Beautiful movement.