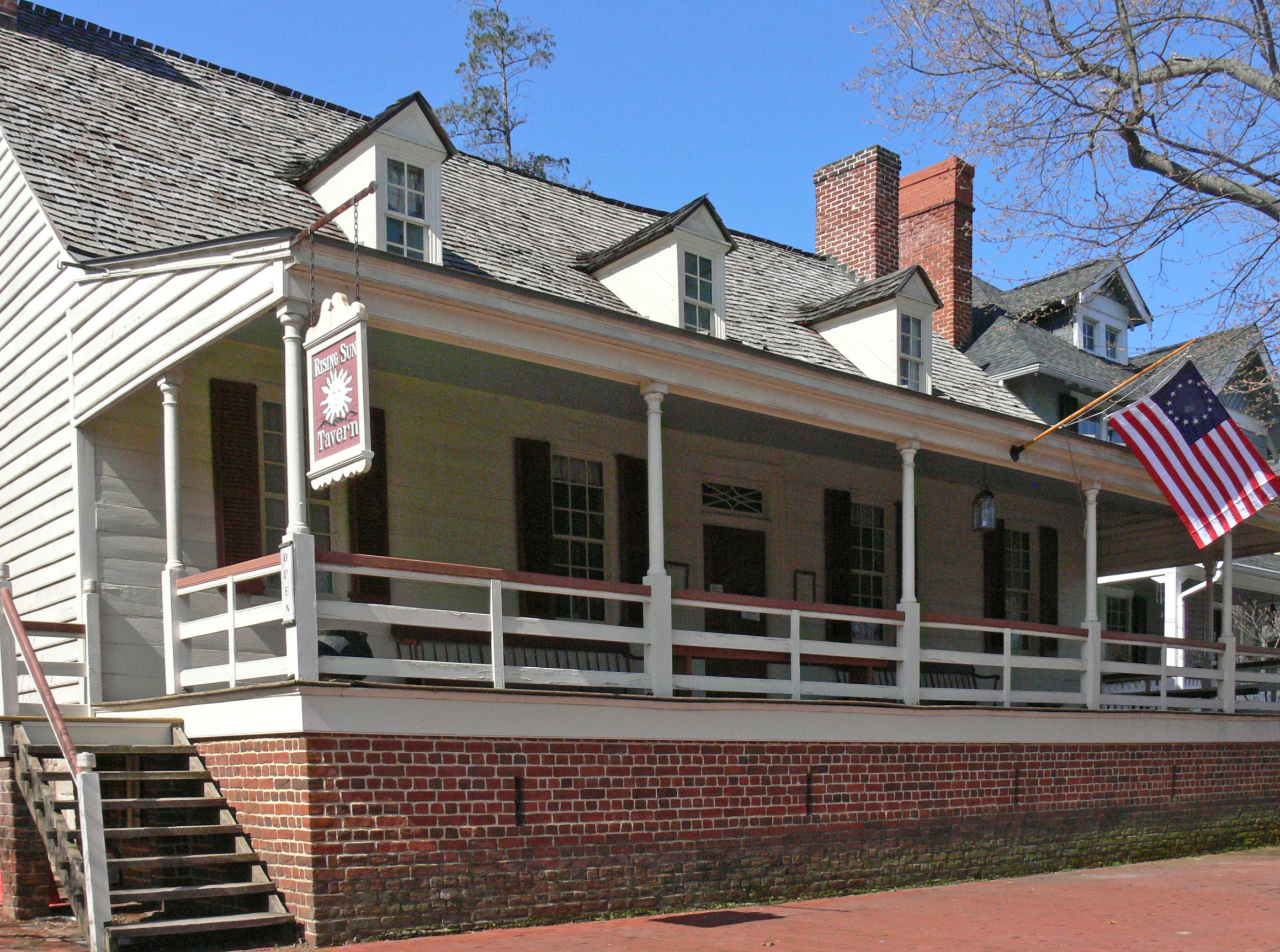 This venerable structure, located in the Fredericksburg Historic District, was built in the 1760s for Charles Washington, younger brother of George Washington, and served as his residence while he lived in Fredericksburg. In 1792 John Frazer converted the house into a tavern known as the Golden Eagle. The building was maintained for that purpose until 1823. Acquired by the Association for the Preservation of Virginia Antiquities (now Preservation Virginia) in 1907, the building has been renovated as an 18th-century hostelry museum. Archaeological investigation in the 1970s revealed that the building was fronted by a long porch during the time it was a tavern, and the missing feature was reconstructed. The name Rising Sun comes from an early Fredericksburg tavern sign which mistakenly was thought to have been made for this building.