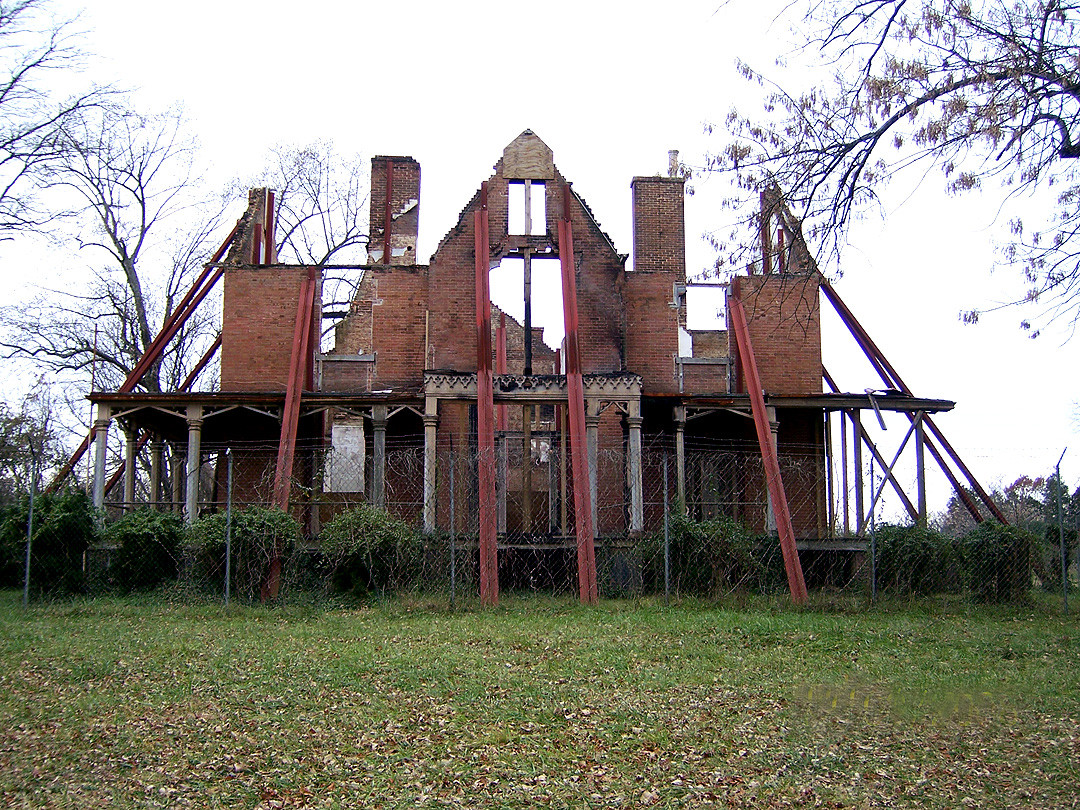 Even in its ruins, Idlewild, once an impressive Gothic Revival dwelling, is a prominent landmark atop a hill in Fredericksburg. Constructed by builder James Tongue for William Yates Downman and his wife Mary in 1859, Idlewild was the center of a 222-acre farm. In April 2003, a fire destroyed much of the interior of the dwelling as well as its slate roof, leaving intact only the walls and English basement. Three brick domestic outbuildings with slate roofs, believed to have been constructed in the same period as the dwelling, remain intact and their construction reveals the prosperity of the Downman family. (Located to the southwest of the ruins is the Downman family’s pet cemetery.) As the scene of battle action in the Civil War during the Chancellorsville campaign, Idlewild became a battlefield landmark, noted by troops on both sides. It also served as the headquarters for Confederate General Robert E. Lee on May 4-5, 1863 at the conclusion of the campaign.