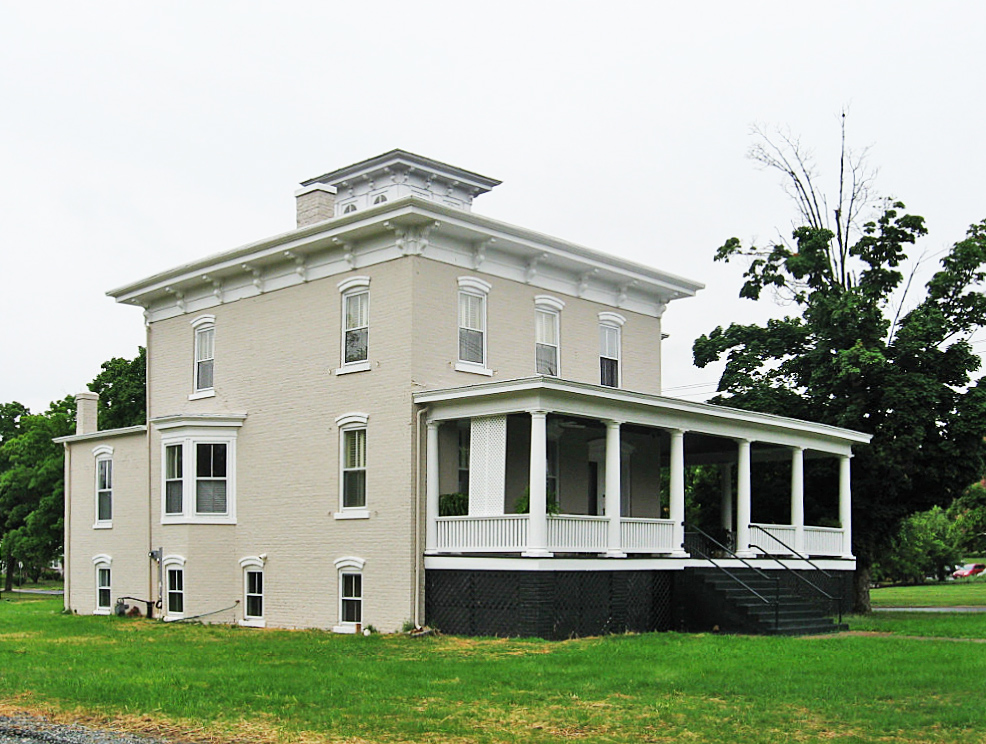 Once part of a successful dairy farm that served Fredericksburg and the surrounding area, Elmhurst was built in 1871, with additions in 1900 and the 1910s. Though none of the other dairy buildings survive, the house still represents the transitional period in Spotsylvania County after the Civil War, when the agricultural economy diversified in the wake of its loss of labor. Elmhurst was the home of Washington Elms and his family, farmers who came to Virginia from New York. The Elms family continued the dairy operation after his death in 1895 until 1907, when they sold the property to C.W. Jones, a popular Fredericksburg businessman. Jones made some alterations to the Italianate-style house including its impressive front porch but continued the dairy operation until 1933. At that point, the property was subdivided into residential lots, reflective of the city of Fredericksburg’s rapid growth. Elmhurst was subjected to significant alterations in the 1980s, but at the time of its listing in the registers it had been sensitively rehabilitated and once more stood as an example of this relatively uncommon architectural style in Fredericksburg.