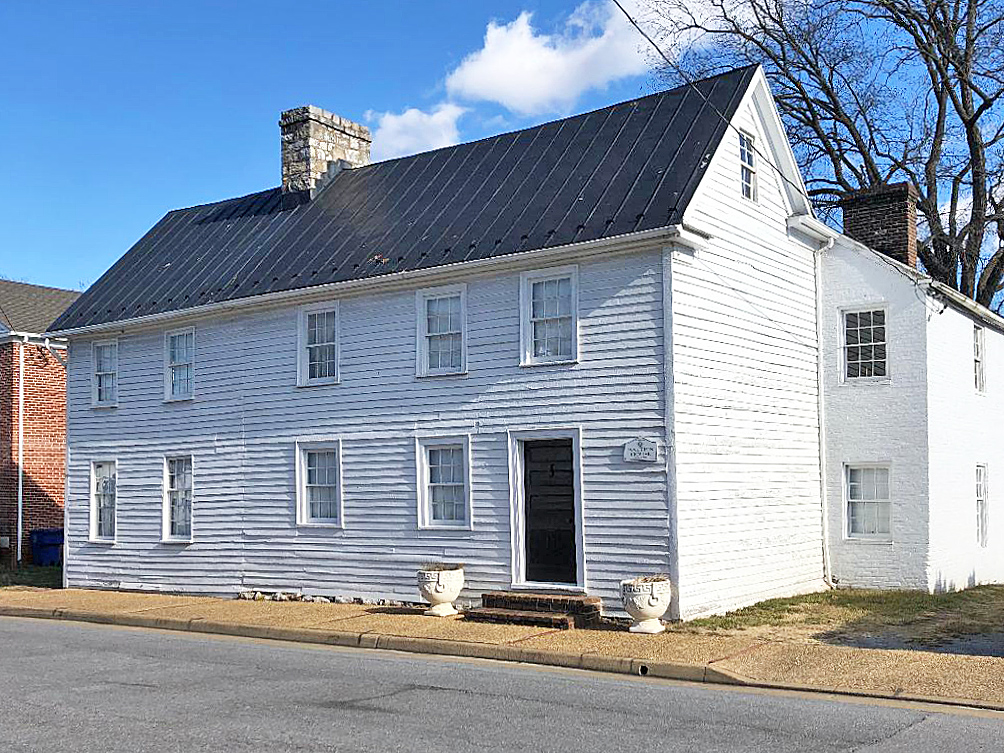 Located on Chester Street in the previously registered Front Royal Historic District, the Balthis House is a vernacular interpretation of the Federal-style town house popular in the late 18th and early 19th centuries. The two-story, three-bay, side-passage plan building is clad in weatherboards and has a later brick rear ell and northern frame addition. The dwelling was probably built around 1787 for James Reid, one of the town’s founders. E.C. Balthis became the owner in 1838 and probably built the additions. Dr. Bernard Samuels purchased the house in the mid-20th century and renovated it using architectural elements, such as mantels and baseboards, salvaged from razed houses on Chester Street. At the time, reusing architectural fabric from demolished historic buildings was a popular preservation ethic.