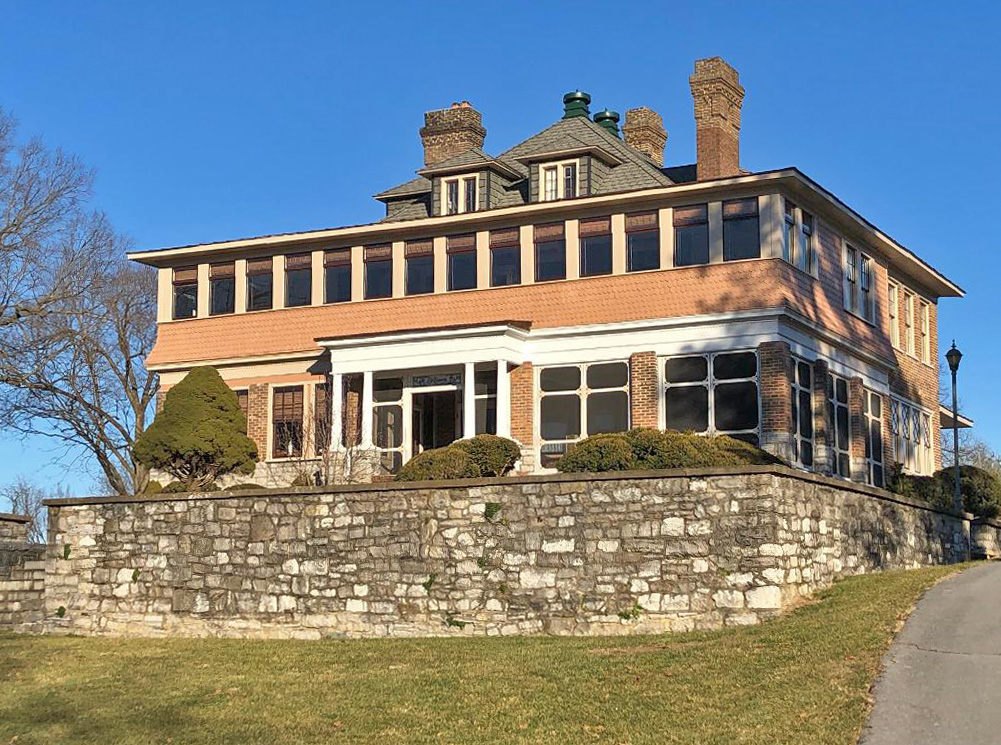 An arrestingly unconventional Queen Anne mansion, Killahevlin was designed by the Washington, D.C. firm of A. B. Mullett and Co. for the prominent Virginia conservationist William E. Carson. Born in 1870 in Northern Ireland, Carson came to America as a teenager and joined his father’s lime company near Front Royal in Warren County. He became active in Virginia business and politics, and in 1926 was appointed the first director of the Virginia Conservation and Development Commission. Carson supervised the formation of Virginia’s recreational parks system, helped to establish the state’s system of historical road markers, and was instrumental in the creation of the Shenandoah National Park and Skyline Drive. He lived in Killahevlin from the time it was completed in 1905 until his death in 1942. Carson changed its appearance in 1926 by adding an enclosed sleeping porch across the front. The property was the scene of Civil War activity.