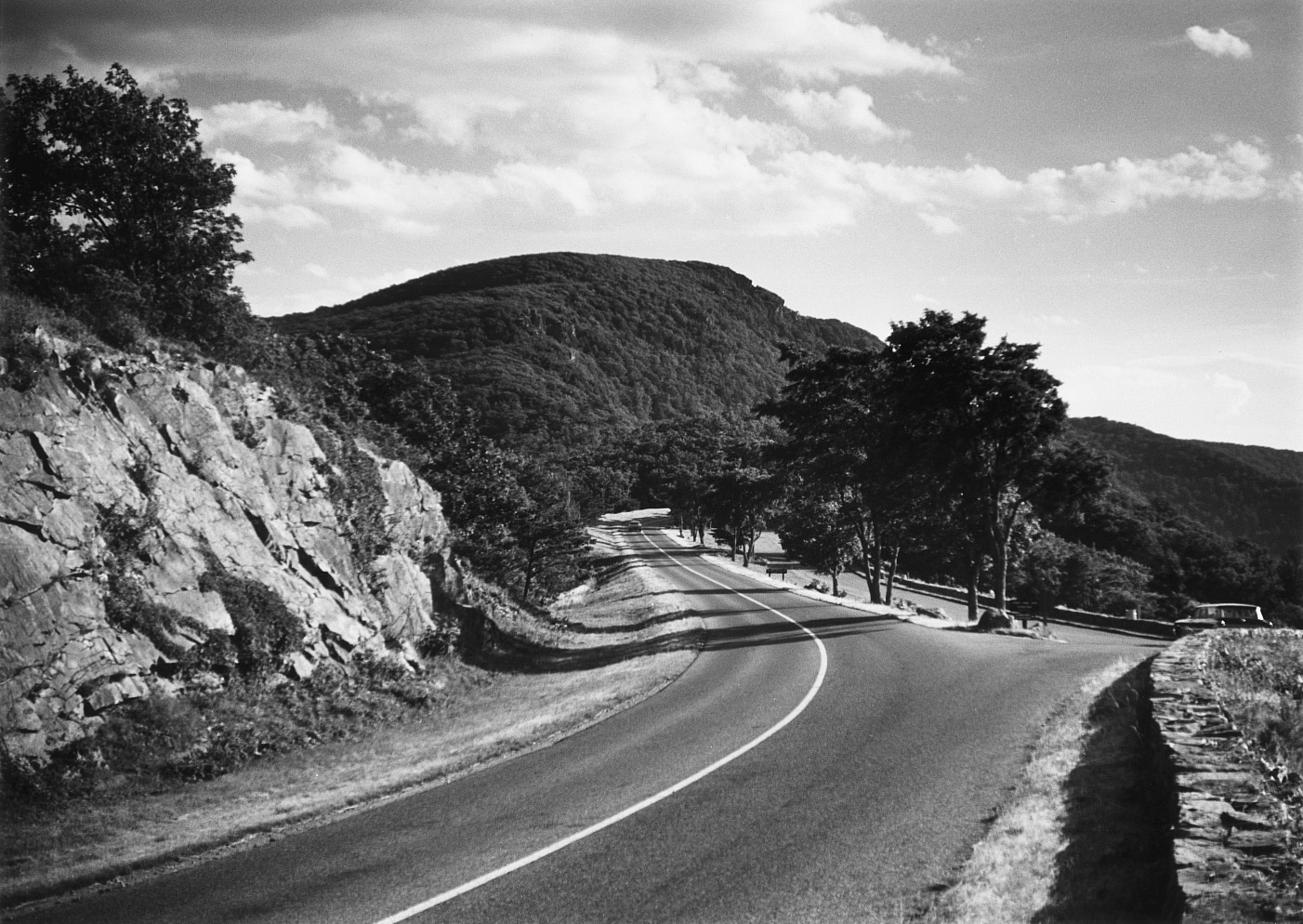 Extending through eight counties, the world-famous Skyline Drive is a testament to the expanding movement for conservation, public outdoor recreation, and regional planning that became a hallmark of New Deal federal policy in the 1930s. The concept of a scenic highway along the crest of the Blue Ridge Mountains in the Shenandoah National Park, was first proposed in 1924 and promoted by William Carson, the influential chairman of the Virginia Commission on Conservation and Development. Harvey Benson, National Park Service landscape architect, provided the initial design for the 105-mile highway. Describing the scheme, Benson stated: “Macadamized and smooth, with easy gradient and wide sweeping curves, the drive unfolds to view innumerable panoramas of lofty peaks, forested ravines and the patchwork patterns of valley farms.” Using over 4,000 laborers this monumental engineering and landscape project, with numerous associated buildings, was completed in 1939.

The 1997 boundary addition to the Skyline Drive Historic District brings into the existing district approximately 180 acres of land, and approximately 147 resources located in five developed areas of Shenandoah National Park. Most of the areas of the park included in this nomination were designed and constructed as part of National Park Service Master Plans dating from the mid- to late 1930s. They include recreational areas for visitors to the park (picnic grounds, campgrounds, lodges/cabin areas, waysides) and utility, residential, and administrative areas for park personnel. Most buildings contributing to the expanded district were constructed in the mid-1930s to the early 1940s and were designed in the Rustic style
[VLR Listed: 7/2/1997; NRHP Listed: 9/19/1997]

In 2003, the boundary was increased to include three distinct areas: Skyland, Lewis Mountain, and Big Meadows. Skyland, originally established as a private resort camp by George Freeman Pollock in the late 1880s, now serves as a recreational, lodging, and service facility for park visitors. It retains built features from each of its periods of development, including a significant collection of rustic architecture reflecting the vernacular building traditions of early Blue Ridge Mountain residents. Lewis Mountain, developed as a segregated recreation and campground facility for African Americans, contains modest rustic cabins and a camp store, which originally served as the facility’s lodge. Constructed by the Civilian Conservation Corps (C.C.C.), Lewis Mountain opened in the summer of 1939, but then closed in 1942 due to World War II. The facility and park reopened in 1946 and were fully integrated by the following year. Big Meadows, a historically open meadow, is the largest open space within the boundaries of the park and was the site of an original C. C. C. camp. A treeless area comprising approximately 130 acres, the land has revealed archaeological evidence that early Native Americans may have cleared part of the land to encourage animal grazing. Bisecting Big Meadows is Rapidan Road, which leads to Rapidan Camp (later called Camp Hoover), a small fishing camp and retreat established by President and Mrs. Herbert Hoover in 1931.
[VLR Listed: 6/18/2003; NRHP Listed: 12/5/2003]

In 2008, Skyline Drive, with its adjoining overlooks, waysides, picnic areas, campgrounds and development areas, was listed as a National Historic Landmark.  Skyline Drive is nationally significant due to the pivotal role it played in the history of the national park system and the evolution of park road design, federal policies in conservation and recreation, and the employment relief measures of the New Deal. It is also nationally significant for its exemplary expression of the principles and practices of National Park Service road design, landscape naturalization, and rustic architectural design and as a showcase of the landscape conservation work of the Civilian Conservation Corps. Designed as the backbone of Shenandoah National Park, Skyline Drive also illustrates the principles of naturalistic landscape design promoted by the National Park Service for work in state and national parks and parkways in the early 20th century.