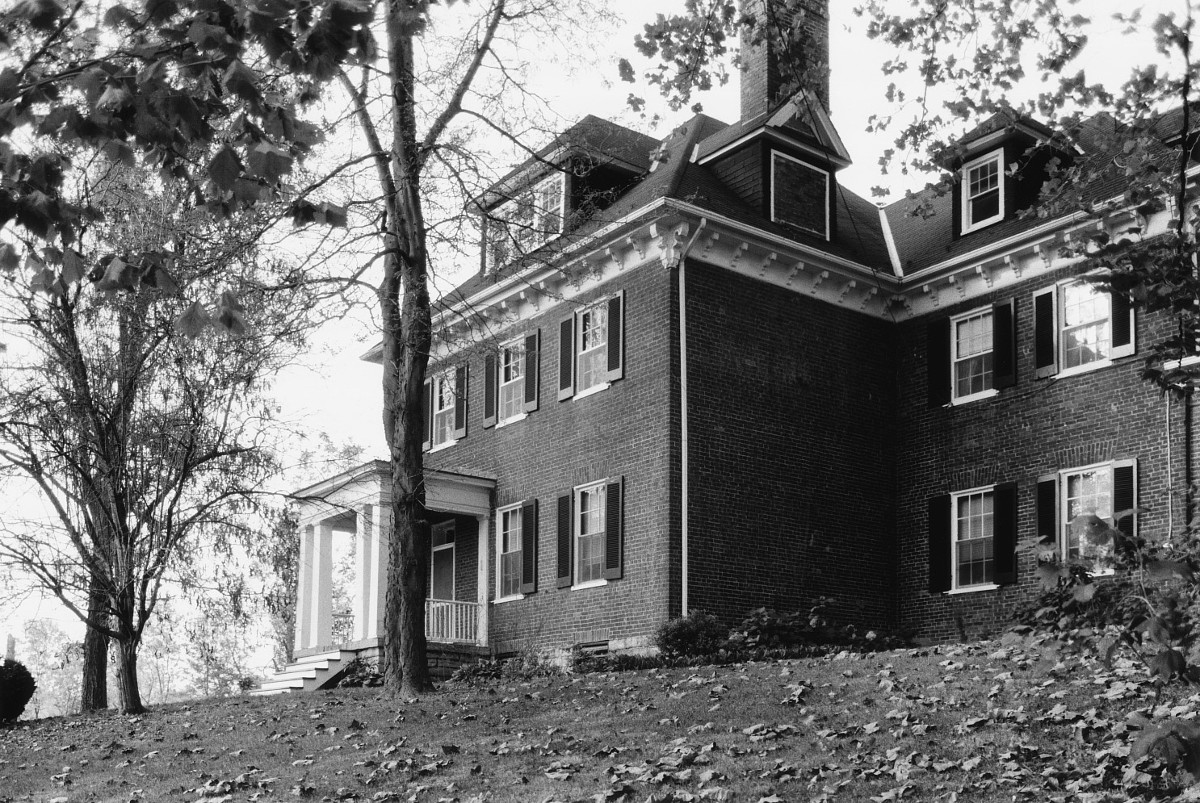 On the point between the North and South Fork of the Shenandoah River, this massive residence was built in the 1840s by Samuel S. Spengler. Because Spengler and his wife were not congenial, the room arrangement departed from the norm. Their bedrooms were accessible only by separate staircases, with a large central stair for family and guests. The property was sold in 1849 to Maj. J. R. Richards who connected the bedrooms. Riverside was the scene of constant activity during the Civil War. Gen. “Stonewall” Jackson occupied Riverside the night of the battle of Front Royal, May 24, 1862. Union Gen. Philip Sheridan stayed at Riverside twice in 1864. A trap door to a sub-basement where the family hid valuables is intact in a first-floor closet. The present hipped roof and dormers were added around 1900, giving the house a Colonial Revival character.