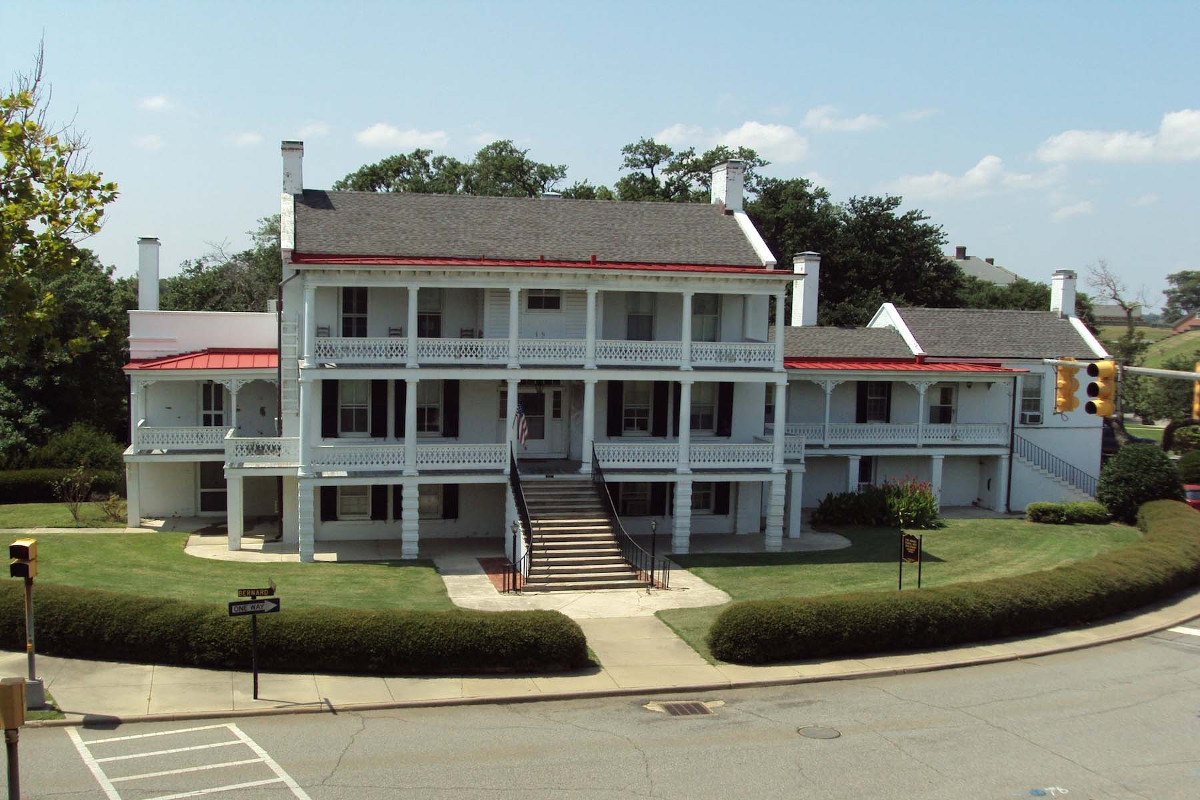 Fort Monroe‘s Quarters 1, built in 1819 before the completion of the fortification walls, was the first permanent structure erected by the Army at the fort. The Federal-style building was originally the home and office of Col. Charles Gratiot, the chief engineer in charge of the fort’s construction. For many years it was the post’s largest residence, and home to the highest-ranking officer on post. Among the many important decisions made by military leaders who have resided there, the most significant may have been Union Gen. Benjamin F. Butler’s 1861 declaration, during early stages of the Civil War, that runaway slaves were “contrabands” of war. The list of leaders who have either resided or stayed at Quarters 1 includes Revolutionary War hero the Marquis de Lafayette, President Abraham Lincoln, and Gen. Ulysses S. Grant.