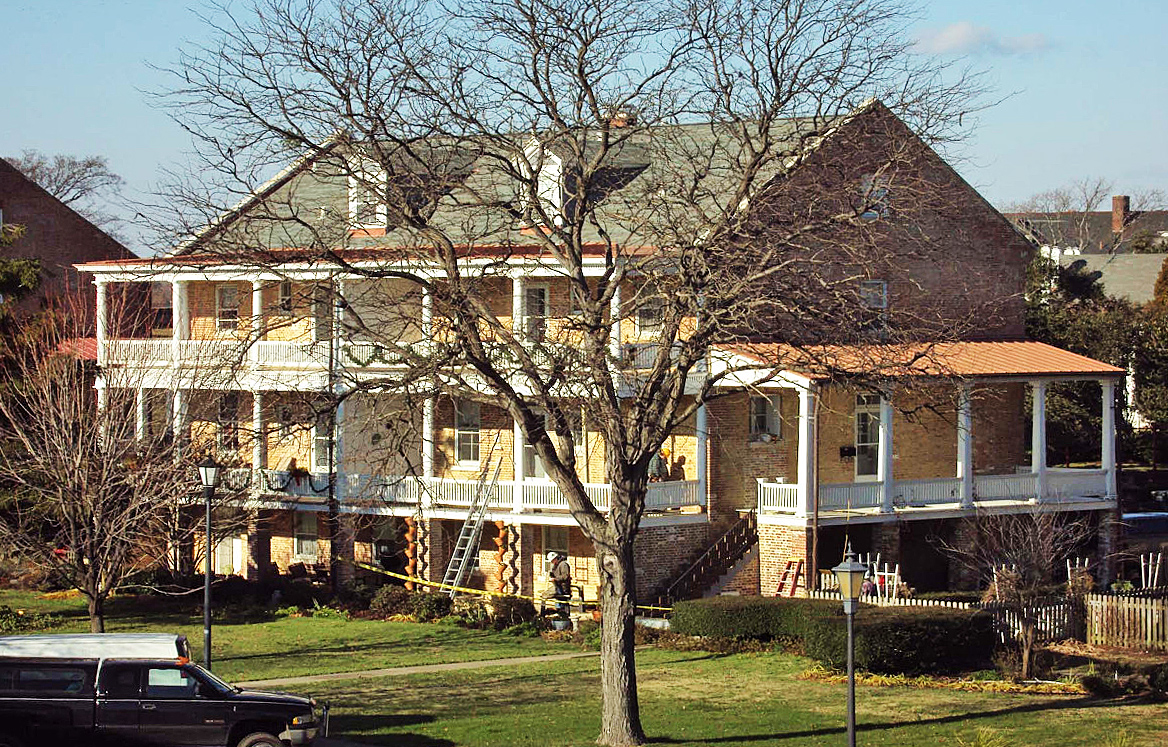 Constructed in 1823, Quarters 17 was constructed as multiple quarters for junior officers, and is one of two identical four-family brick officer’s quarters at Fort Monroe known as the Tuileries. Sited facing the casemates in the western wall of the fortification, the building faces southwest on Bernard Road.  The earliest drawings, dated in 1824, show this building with a one-story porch above the exposed basement along the first-story front façade that was reached by a curving stairway.  In 1907, the building was renovated and the existing two-tiered Tuscan-columned porch was added.  During this restoration the main entrances were relocated to the gable ends of the building, and side porches and straight stairways were added. Built as one of the first permanent military housing structures on Fort Monroe, Quarters 17 also derives its significance from its importance as a prototype for other buildings constructed at Fort Monroe.