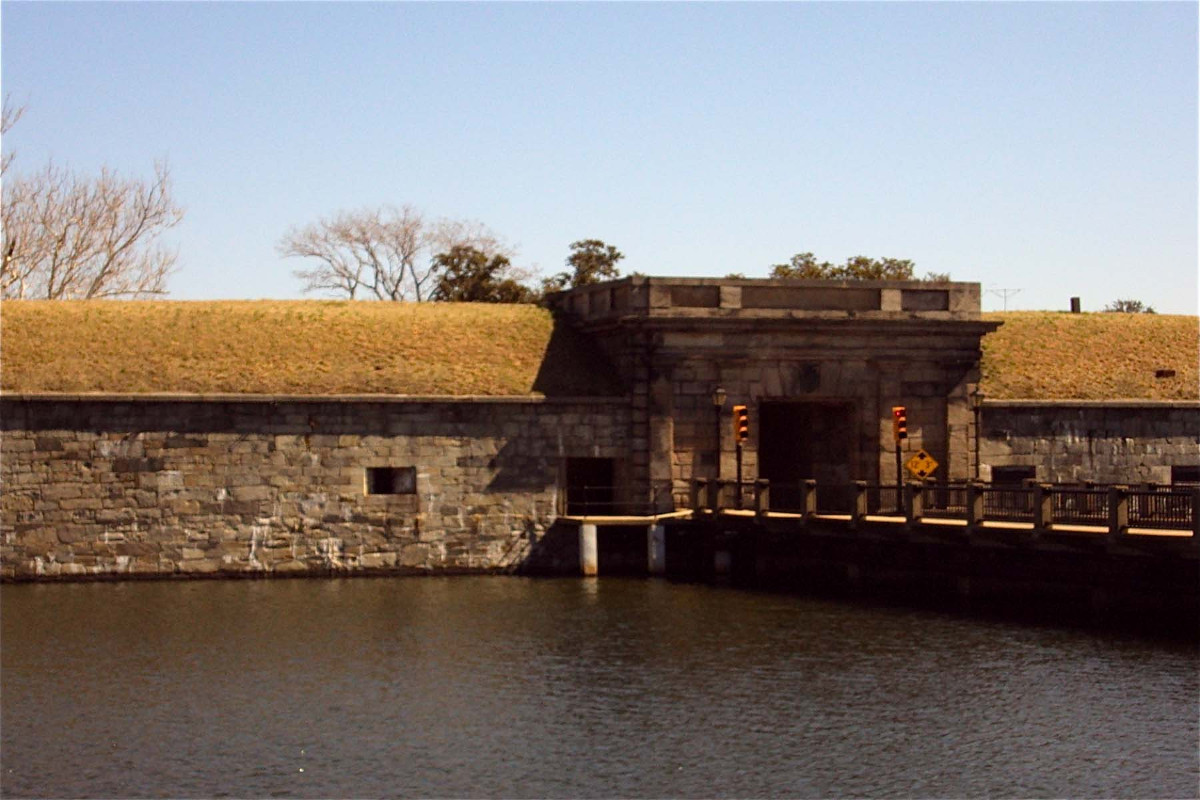 As originally designed, Fort Monroe was constructed as an irregular work fortification built of brick and masonry with seven fronts and five-foot-thick walls that covered approximately sixty-three acres, surrounded by a wet moat of varying depth. Fort Monroe was designed as the first Third System fortress in America and its construction symbolized advances in architectural and military technology. Typical of Third System fortifications, the Fort is characterized by its impressive size, irregular plan and large bastions. The fortification houses three main ranges of casemates and three smaller sections which are built into the ramparts. These casemates typically measure 16-feet wide and were built of the scarp wall, with an embrasure opening for cannon fire centered in each room. Divided by stone interior partitions, brick barrel vaults enclose the casemates forming an earthen-filled terreplain above. Construction of the permanent features of the fortification was completed by 1836 but construction of gun emplacements, repairs, and modifications continued into the 1840s. Later batteries and outerworks were added outside the moat walls to modernize the Fort; however, these additional fortifications were not part of the original design by Simon Bernard.
[VLR Listed Only]