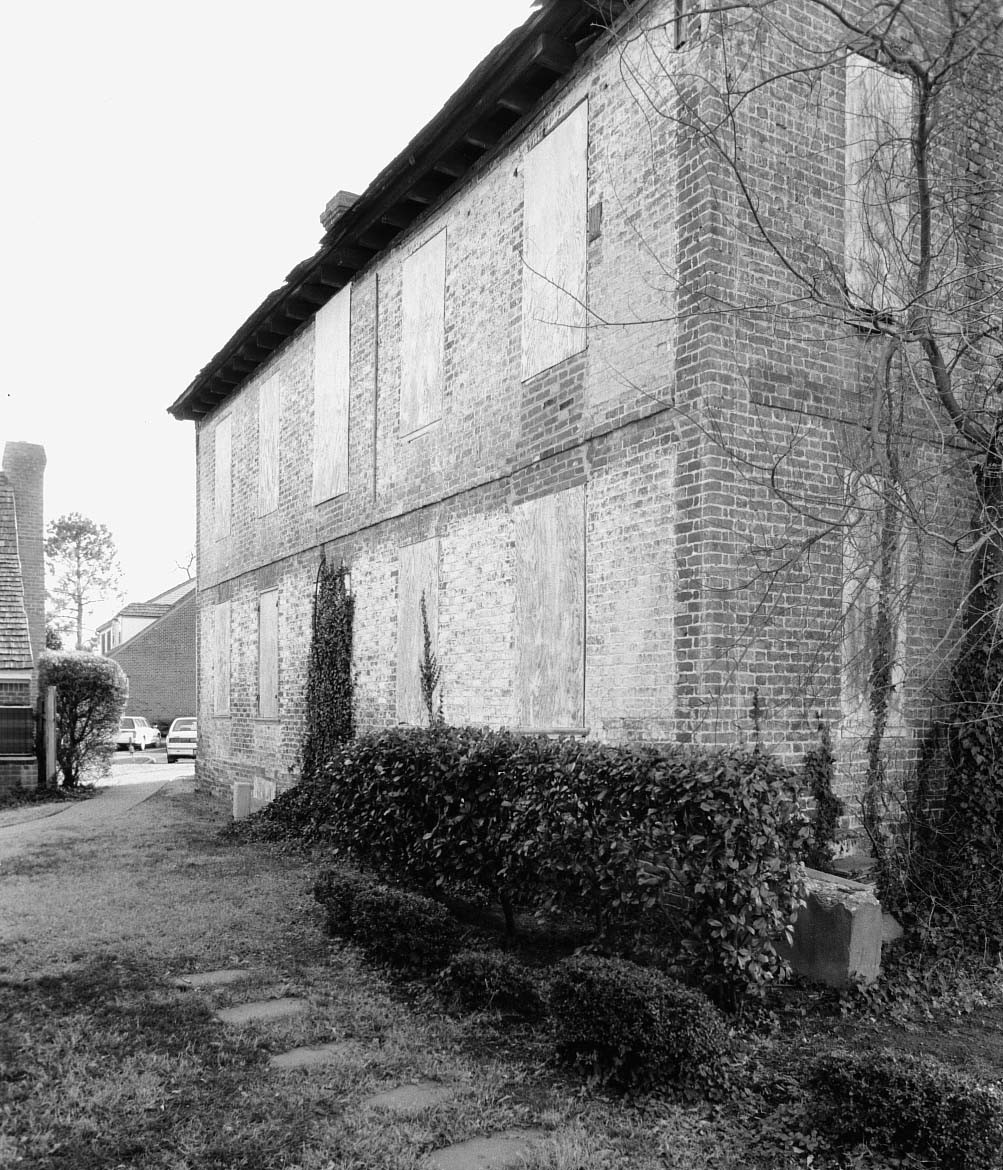 Erected ca. 1753 on Armstrong Point facing Hampton Creek and the harbor, the Herbert house is the oldest dwelling in the city of Hampton. It remained in the Herbert family for whom it was built until 1808. One of its owners, Capt. Thomas Herbert, served in the Virginia navy during the Revolution. Because it was a plantation house and outside the town proper, the Herbert House was spared the burning that destroyed most of Hampton during the Civil War. The structure remains a sophisticated example of colonial Georgian style, exhibiting the careful proportions and fine brickwork typical of Virginia’s more substantial mid-18th-century houses. Unoccupied for several decades, at the time of its listing, the house suffered from alterations made during the 19th century. Surrounding modern housing has almost completely hidden this rare landmark.