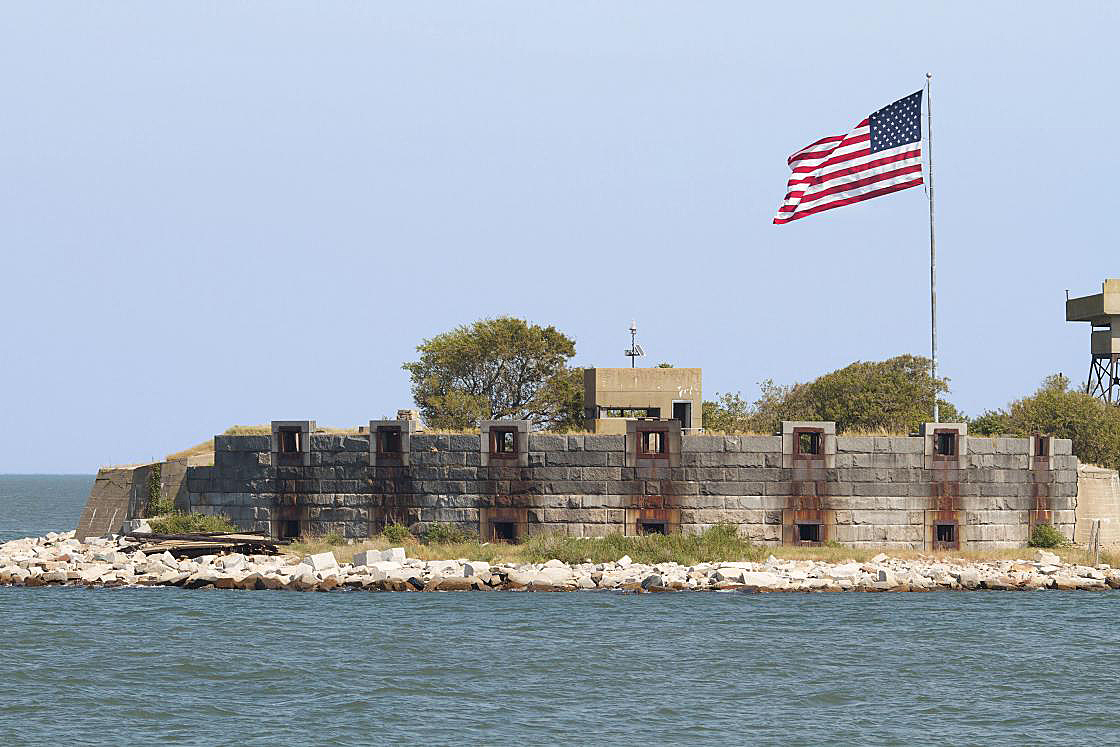 Originally known as Fort Calhoun, this forbidding island defense work was begun in 1819, along with Fort Monroe opposite, to protect the entrance to Hampton Roads harbor. Robert E. Lee, then an army engineer, supervised its completion in the 1830s. Its name was changed to Fort Wool in 1862 in honor of Maj. Gen. John Wool, commandant of fortifications at Hampton Roads. From Fort Wool, President Lincoln watched the embarkation of Union troops to seize Norfolk. Abandoned in 1886, the fort was reactivated and expanded during both world wars so that it now possesses a variety of military engineering works. Conspicuous among them are the sinister World War II watchtowers. The fort was abandoned once again in 1953, with ownership reverting to the Commonwealth. In 1985, the fort was deeded by the state to the city of Hampton, which has opened it to limited visitation.