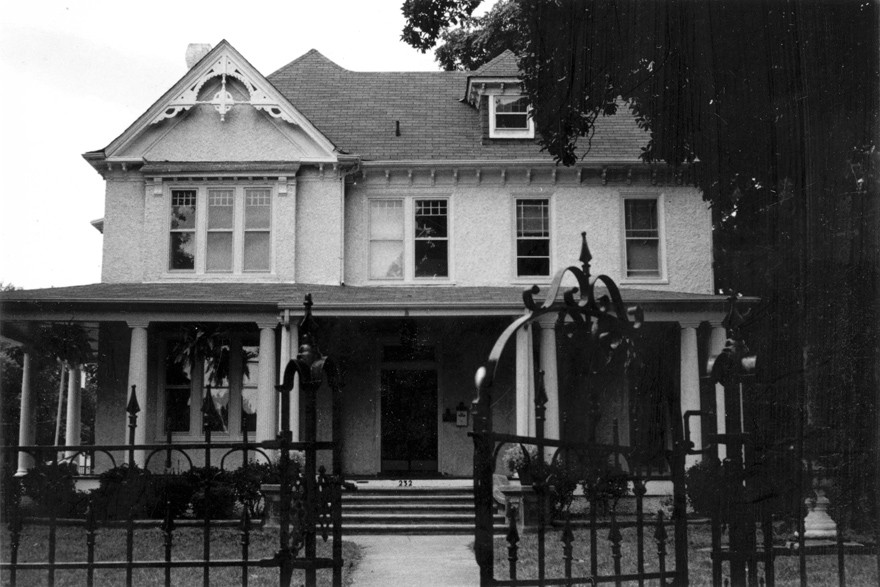 Scott House (The Magnolia Manor) was built in 1889 by the Scott family. William Scott served for many years as a harbor pilot and later an entertainment entrepreneur owning and operating a string of theaters on the Peninsula. The Scott House, now known as Magnolia Manor, is an excellent example of the Queen Anne style with its hallmark attributes: a wraparound porch, an asymmetrical facade, and a complex roof form marking the exterior. Column screens divide principal interior spaces on the first floor and an ornate stair rises from the hall. Also noteworthy are the elaborate fireplace overmantels and firebacks. Owners, at the time of listing at the end of the 20th century, lovingly restored the house, which had been divided into numerous apartments.