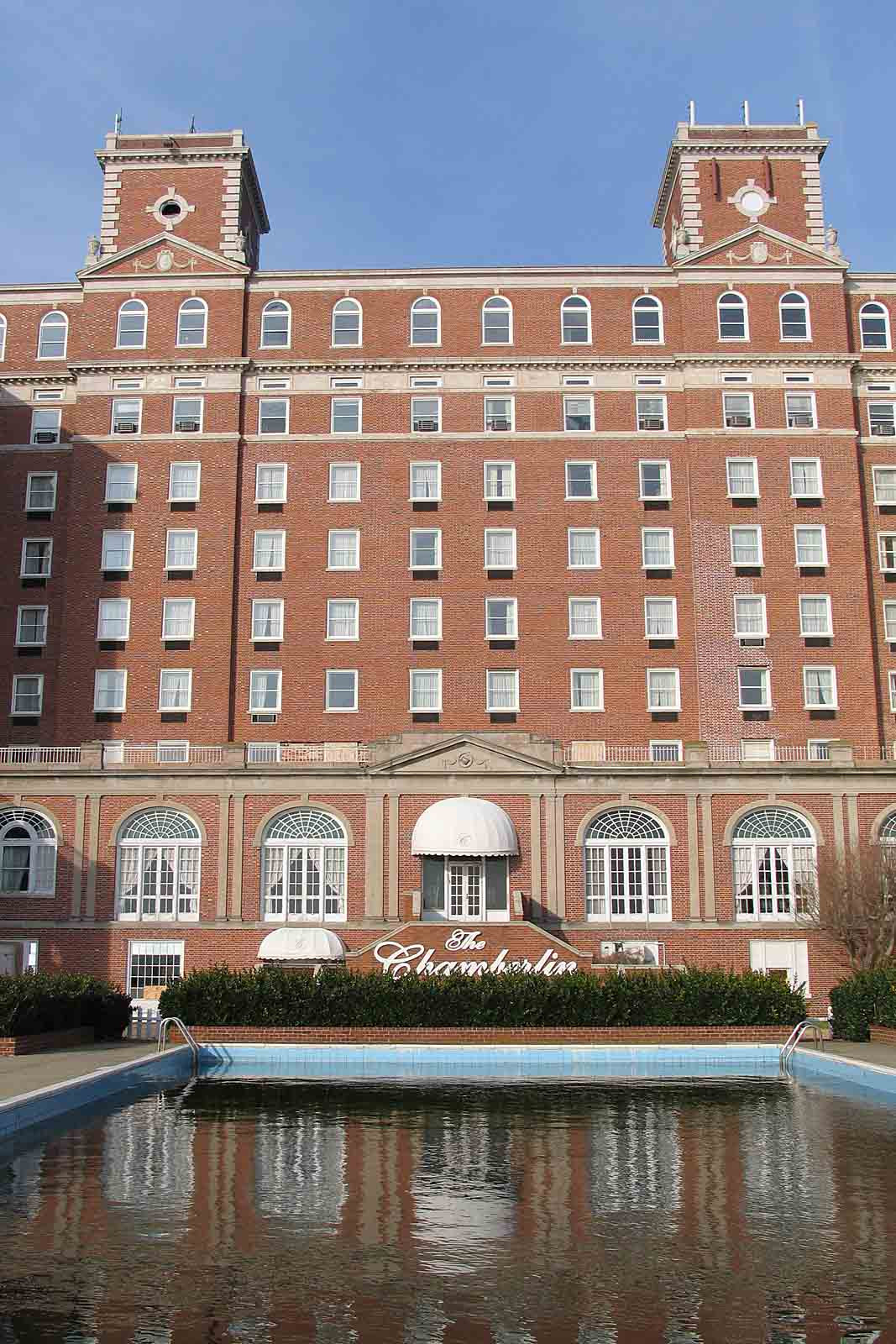 The Chamberlin Hotel completed in 1928, is the work primarily of prominent Richmond architect Marcellus Wright, Sr. The Chamberlin combines the English colonial heritage of the Hampton Roads area with its Georgian-style characteristics, and the Beaux Arts-style influence of the project’s consulting architectural firm of Warren and Wetmore. The Chamberlin not only served as the only resort hotel on the Chesapeake Bay for many years, but also served as housing for military officers and their families during World War II. The replacement of the pair of ornate Neo-Georgian cupolas on the Chamberlin’s towers with anti-aircraft batteries in 1942 provided for the air defense of Fort Monroe during WWII, on whose property the hotel now stands. The hotel is a landmark building that provided guest facilities, as well as banquet rooms and office space for those visiting and working at Fort Monroe for three quarters of the 20th century.