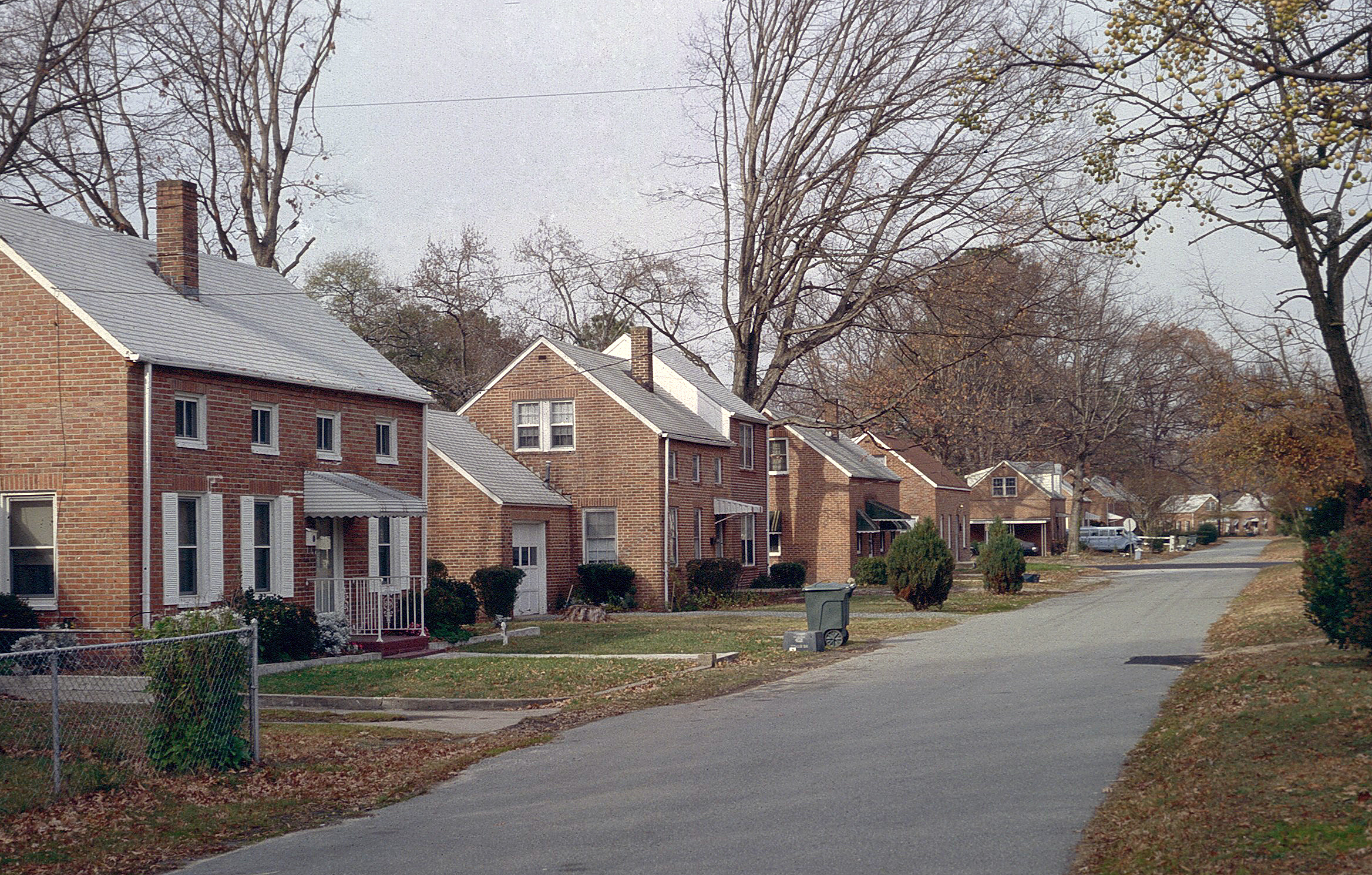 Aberdeen Gardens was established as a New Deal planned community for the African American workers of the Newport News and Hampton areas. Begun in 1934 and finished by 1937, the 440-acre development, the only Resettlement Administration community for blacks in Virginia, consisted of 158 single-family homes along with a school and a commercial center, all surrounded by a greenbelt for subsistence and truck farming. The project, initiated by Hampton Institute and funded by the U. S. Department of Interior’s Division of Subsistence Homesteads, was supervised by Howard University architect Hilyard R. Robinson. Though equipped with modern conveniences, the simple brick houses were intended to echo the local vernacular style. The project received national attention when visited by Eleanor Roosevelt in 1938. While expanded in the 1940s and ’50s, the neighborhood preserves its original orderly character and remains a symbol of African American pride.