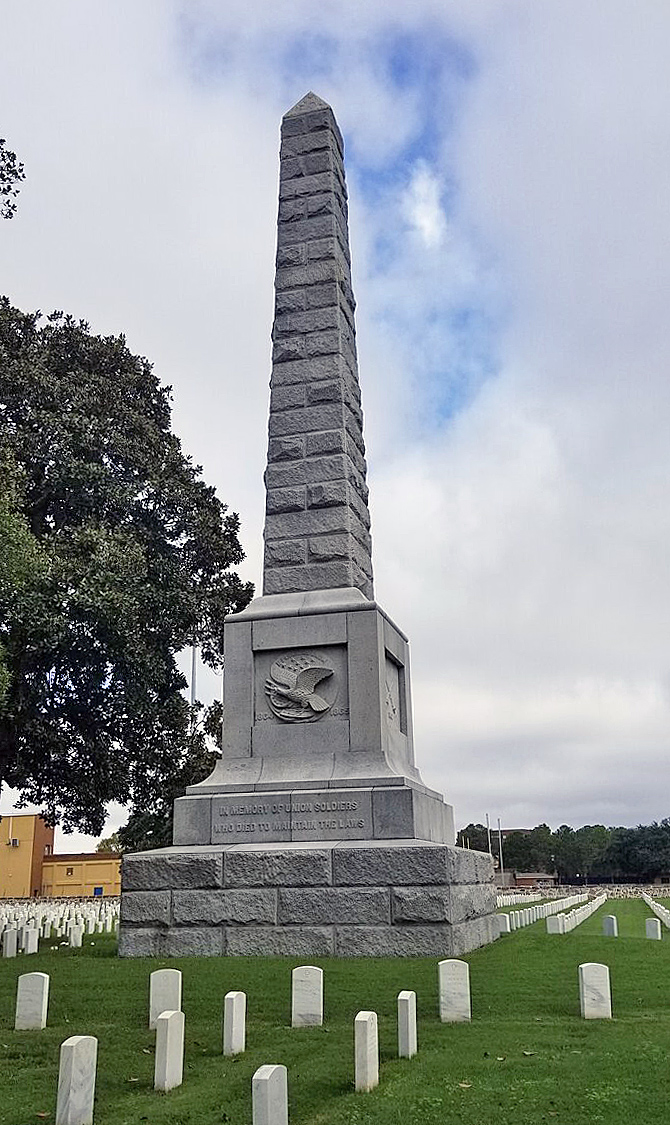 The toll of wounded and sick wrought by the Civil War necessitated the establishment of military hospitals. One such hospital was the Hampton Military Hospital at Fort Monroe. The high death rate at these hospitals required burial ground, and National Cemeteries were established for this purpose. The land set aside for the use of the Hampton hospital became the nucleus of the present-day Hampton National Cemetery, officially founded in 1866. After the war, soldiers’ remains were brought here for burial from military posts throughout eastern Virginia. The cemetery has since been expanded and now incorporates twenty-seven acres. In addition to U. S. soldiers, the cemetery also has graves of 272 Confederates and graves of World War II prisoners-of-war, both German and Italian. Officially closed in 1994, the cemetery now holds over 25,000 burials, including eight Medal of Honor recipients.