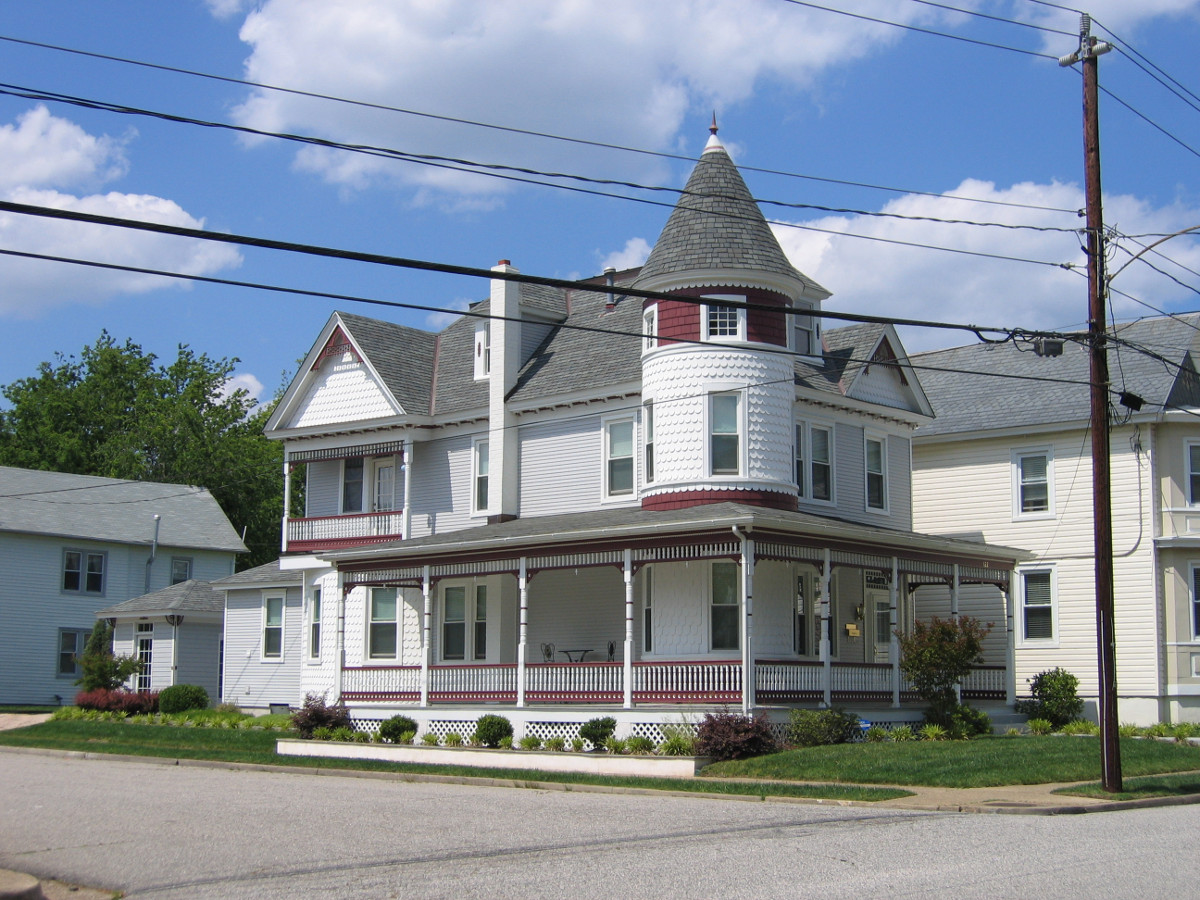 Hampton’s Phoebus Historic District has its roots in a 17th-century settlement along the waterway of Mill Creek, but it was not formally incorporated until 1874 when it was named Chesapeake City. In 1900 the name was changed to Phoebus, in honor of Harrison Phoebus, who developed the well-known Hygeia Hotel as a resort adjacent to the town and Fort Monroe. The settlement originally developed as a stopover between Hampton and Norfolk, as it was perfectly situated adjacent to Old Point Comfort and the ferry crossing for the Hampton Roads waterway. The railroad constructed through Phoebus during the Reconstruction period hastened the town’s growth; therefore, the vast majority of the existing buildings date from this period onward. In 1952, Phoebus was annexed by the City of Hampton. The Hampton Roads Bridge Tunnel, which opened in 1957, created a natural bypass around Phoebus and led to a decided downturn in the local economy and construction that lasted into the early part of the 21st century. This permanently changed the commercial and residential character of the community, leaving Phoebus’s architecture, a mix of styles from the Late Victorian to the modern, little changed since the middle of the 20th century.