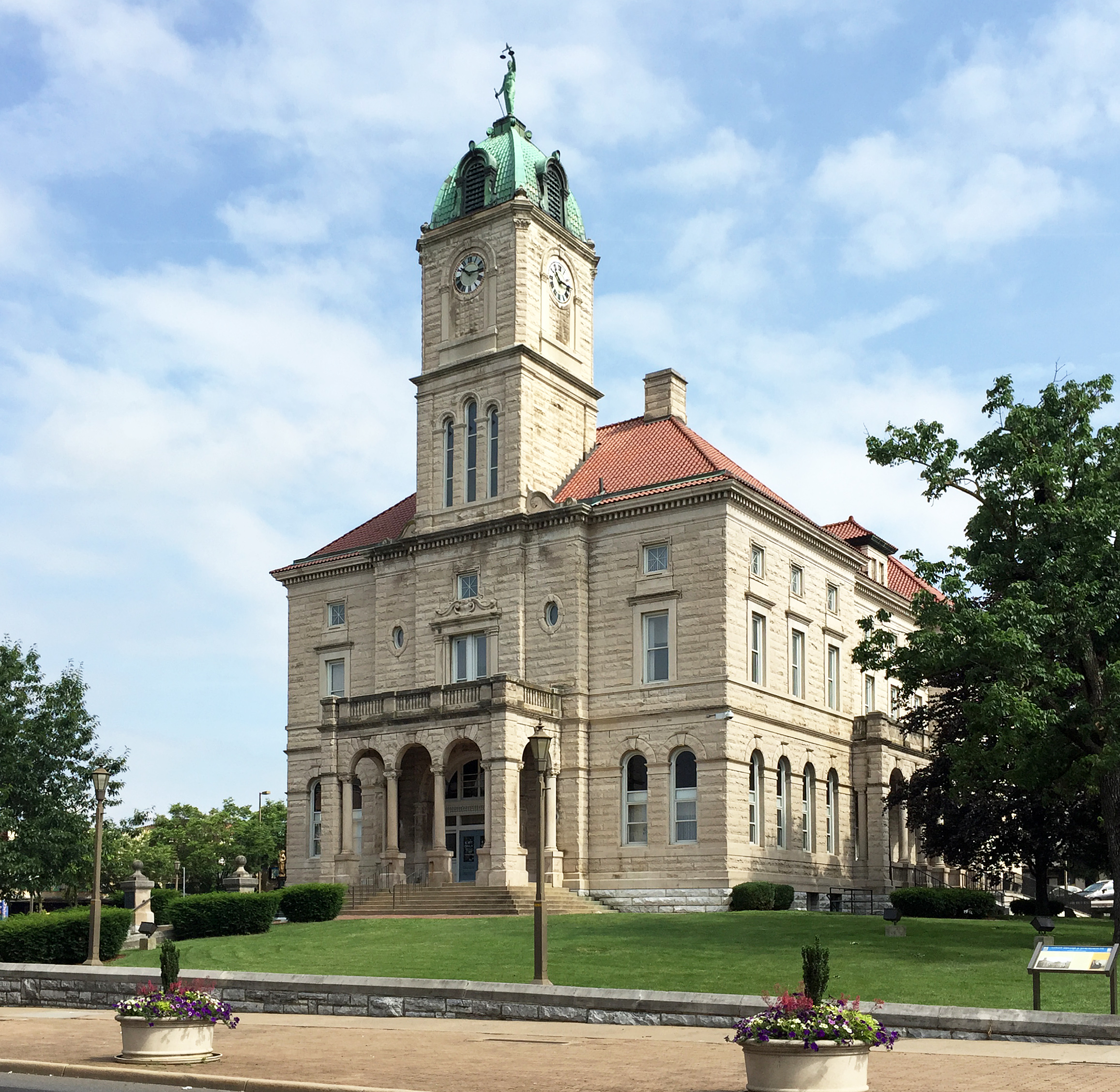 One of nearly 200 buildings designed by Staunton architect T. J. Collins, the Rockingham County Courthouse in the Harrisonburg Downtown Historic District reveals his mastery of the fashionable Richardsonian Romanesque and Renaissance Revival styles of the late 19th century. The building was constructed by the Washington, D.C., firm of W. E. Spiers between 1896 and 1897 and is the fifth courthouse to stand on the site since the county was formed from Augusta in 1778. The courthouse, one of Virginia’s grandest of the period, reflects Rockingham County’s late-19th-century prosperity. Collins even outfitted the second floor with an auditorium for public entertainments. With its lively and contrasting elevations and lofty clock tower, all faced with rough hewn sandstone ashlar, the courthouse remains Harrisonburg’s most prominent architectural landmark.