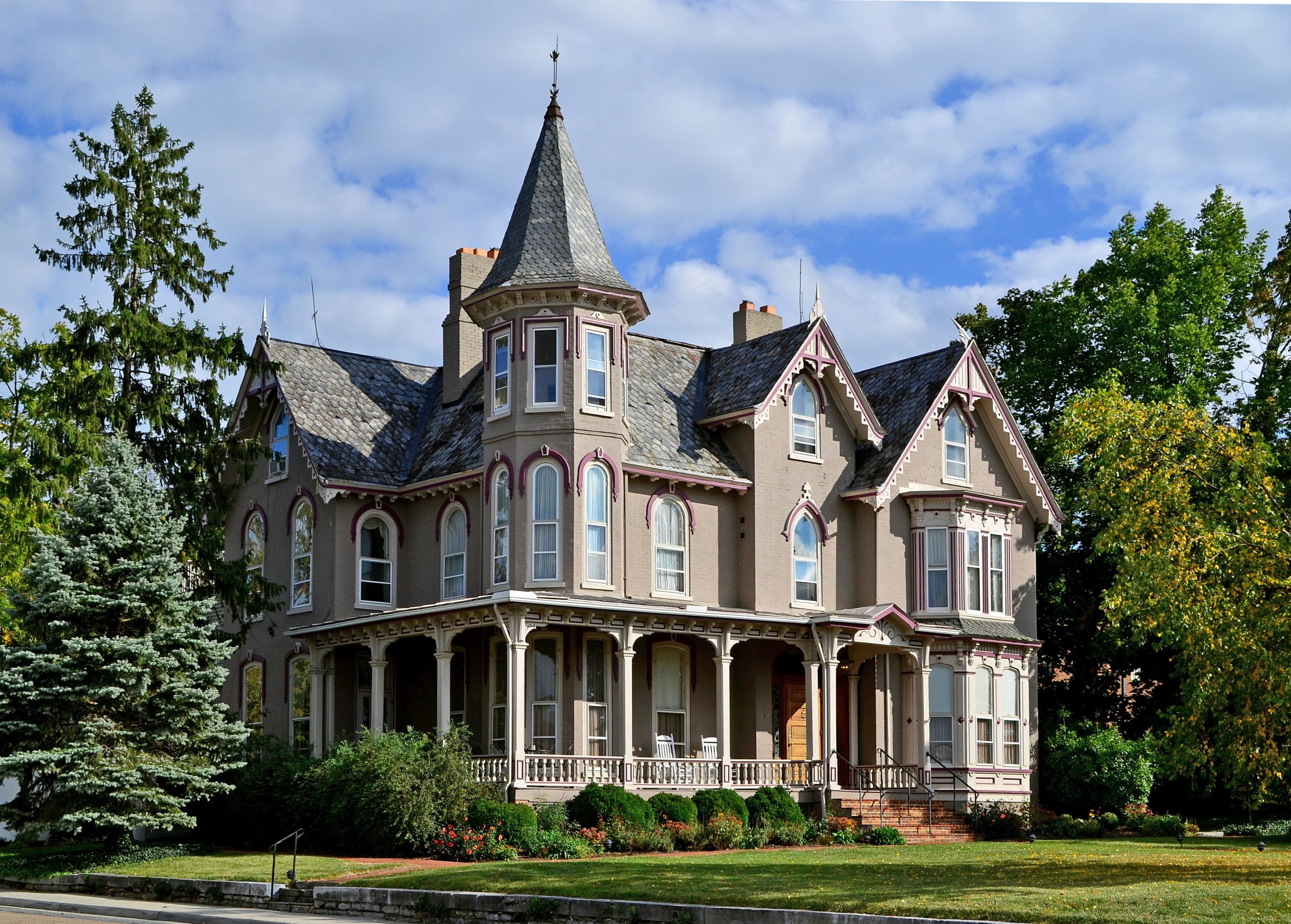 Harrisonburg’s Joshua Wilton House is among the Shenandoah Valley’s most vigorous examples of Victorian domestic architecture. The house also represents the late-19th-century practice of businessmen erecting proud, self assertive, often extravagantly embellished dwellings along principal streets to serve as statements of their wealth and position in the community. Joshua Wilton came to Harrisonburg from Canada in 1865 and quickly became one of the town’s mercantile and civic leaders. His fancy house, showing Gothic, Italianate, and Queen Anne influences, was built ca. 1888 and clearly illustrates how such residences lent prestige to their owners while giving embellishment to the town. The building received rough-and-tumble use as a fraternity house for a number of years but is now a handsomely restored bed-and-breakfast inn in the Harrisonburg Downtown Historic District.