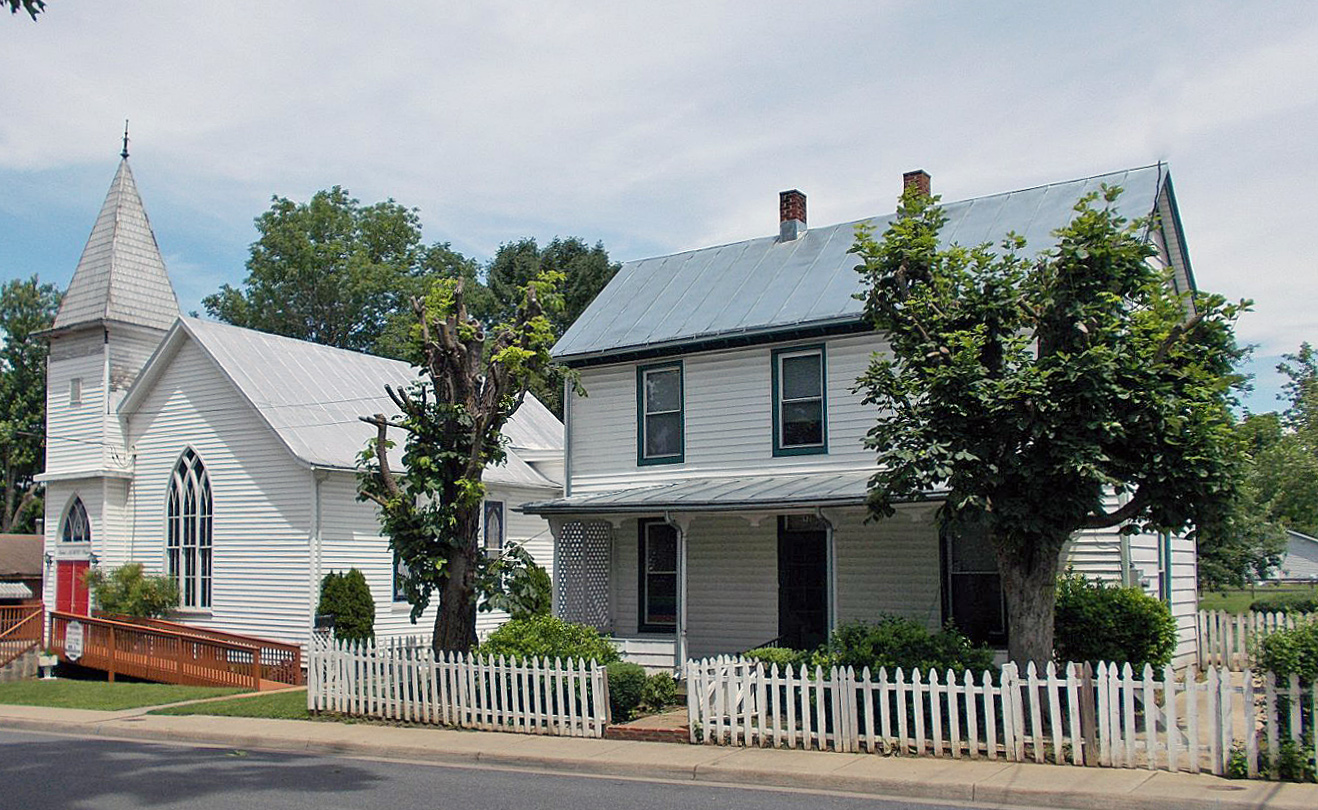 The Bethel AME Church and Dallard-Newman House Historic District lies in Harrisonburg’s Newtown, an African American neighborhood settled after the Civil War (see Newtown Cemetery). The church—originally, Bethel United Brethren in Christ Church—was built in 1893 on land provided by community residents Ambrose and Harriet Dallard. A carpenter-builder in the community, Ambrose Dallard served as construction foreman for the church and also constructed houses for his daughters, as when he built the Dallard-Newman House for daughter Lucy, wed in 1894. In 1907, George A. Newman, a teacher, businessman, and community leader, acquired the two-story house and lived there until his death in 1944.

The frame church, situated next to the house, became an African Methodist Episcopal church in 1919. Ample records document the construction of the church, which features a corner entry tower, a large lancet window in the front gable, and beaded tongue-and-groove finishes in the sanctuary. Those records offer a glimpse into the community effort required to erect an African American church during the late 1800s, as Jim Crow segregation erased the gains in civil rights blacks experienced during the Reconstruction Era.

The respective contributions of Dallard and Newman to the Newtown community are documented through their biographies. Newman chronicles in a memoir his experiences growing up as a free African American in antebellum Virginia and during the Civil War, as well as the gradual erosion of civil rights after Reconstruction.