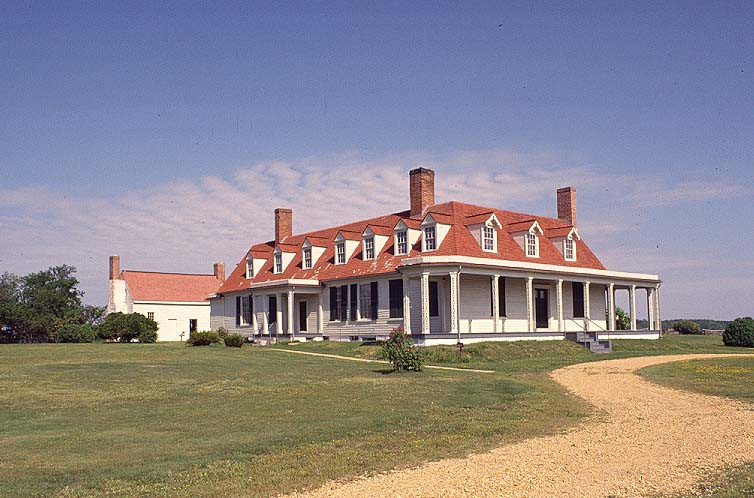 Occupying the tip of City Point, at the confluence of the James and Appomattox rivers, Appomattox Manor is one of the oldest extant estates in America. It was patented by Francis Eppes in 1635 and remained in the Eppes family until 1979. The house was built ca. 1763 and subsequently expanded. The outbuildings date from the 19th century. British soldiers under Gen. Benedict Arnold marched through the property during the Revolution. During the Civil War, from June 1864 until April 1865, it was the headquarters of Gen. Ulysses. S. Grant. From his tent and later from his cabin, Grant directed the far-flung Union armies during the final ten months of the Civil War. President Abraham Lincoln visited Appomattox Manor in 1864 and 1865, meeting with Grant in the drawing room. The property is now part of the City Point unit of the Petersburg National Military Park.