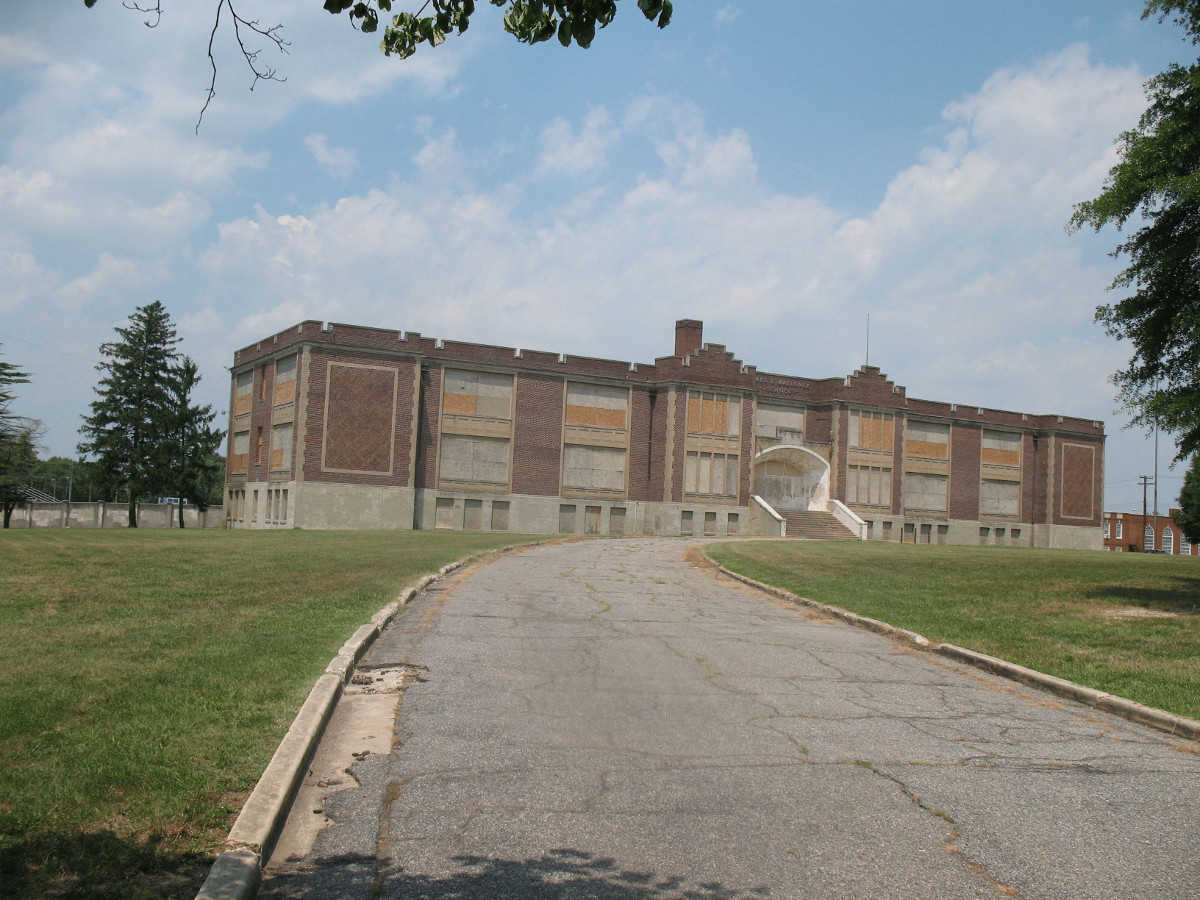 As Hopewell’s economy resurged during the 1920s, the influx of population that followed the arrival of new companies such as Allied Chemicals necessitated the construction of adequate school facilities for workers’ children. In 1924, the segregated, whites-only Hopewell High School was constructed during an era when Virginia schools were evolving from small utilitarian buildings to larger, more architecturally ornate designs, reflecting a more ambitious educational mission. Such changes are embodied in Hopewell High School, a Tudor Revival building envisioned by architect Frederick A. Bishop, who also designed the Byrd Theatre in Richmond and Beacon Theatre in Hopewell. Other buildings in the school complex—a home economics cottage, gymnasium, and science and library building—also reflect the school’s expanded curriculum. In 1967, a new high school was opened and the existing building became James E. Mallonee Middle School, named after a former principal. The middle school closed in 1988 and the building was used for storage.