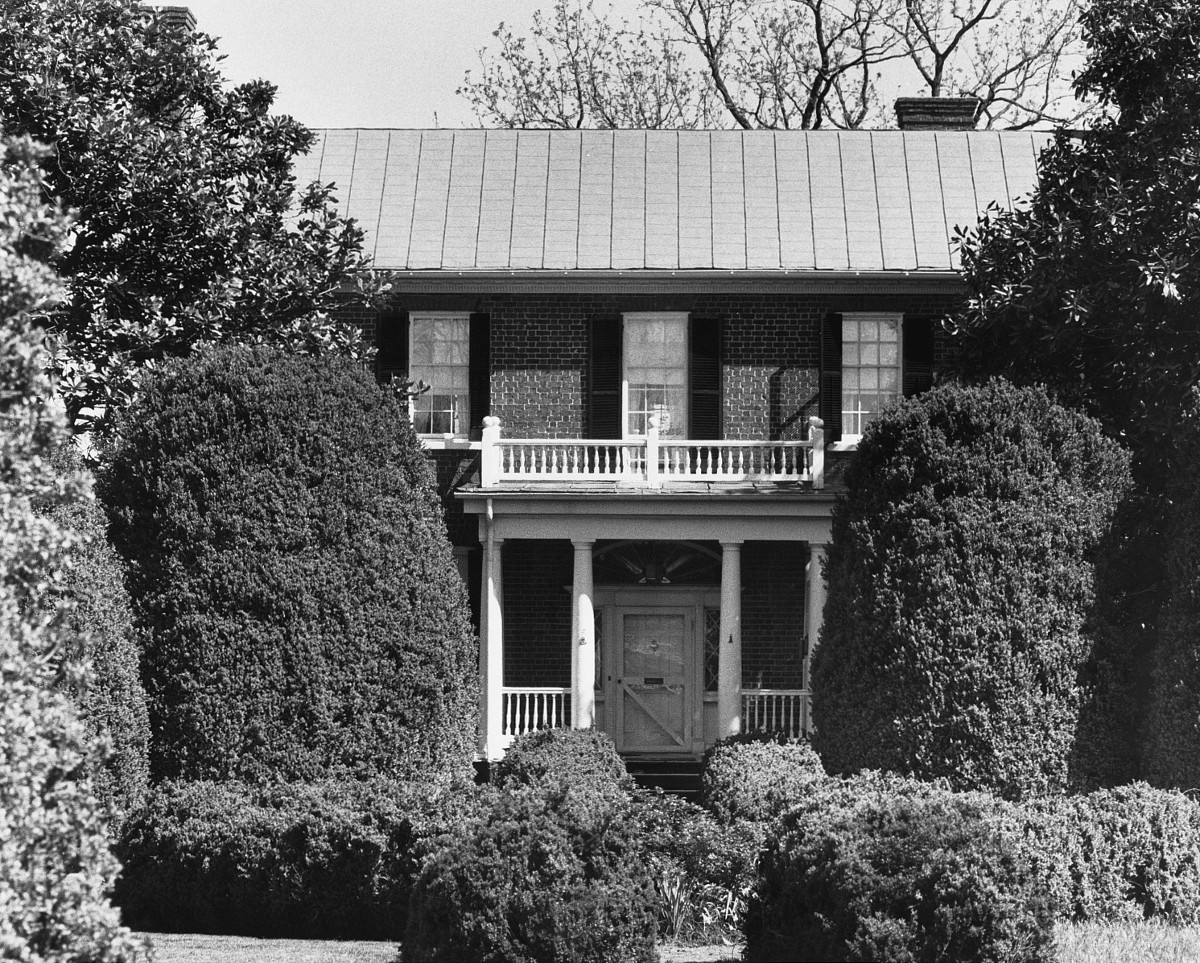 This brick farmhouse, formerly on the outskirts of the city of Lynchburg, but now within a suburban neighborhood, was built ca. 1808 for Charles Johnston, who named it after the Ohio Indian camp where he was once held prisoner. The two-story structure, with its regular five-bay facade, Doric cornice, and interior arched recesses, was one of the area’s first houses to display the details and refinement of high-style Federal architecture. The front porch is a later addition but may be similar to an original one. In 1864, during the battle of Lynchburg, Sandusky served as headquarters for Union general David Hunter. Two of Hunter’s staff at Sandusky were future presidents Rutherford B. Hayes and William McKinley. Hunter had been a West Point schoolmate of Confederate major George C. Hutter, who owned Sandusky at the time of the Union occupation.