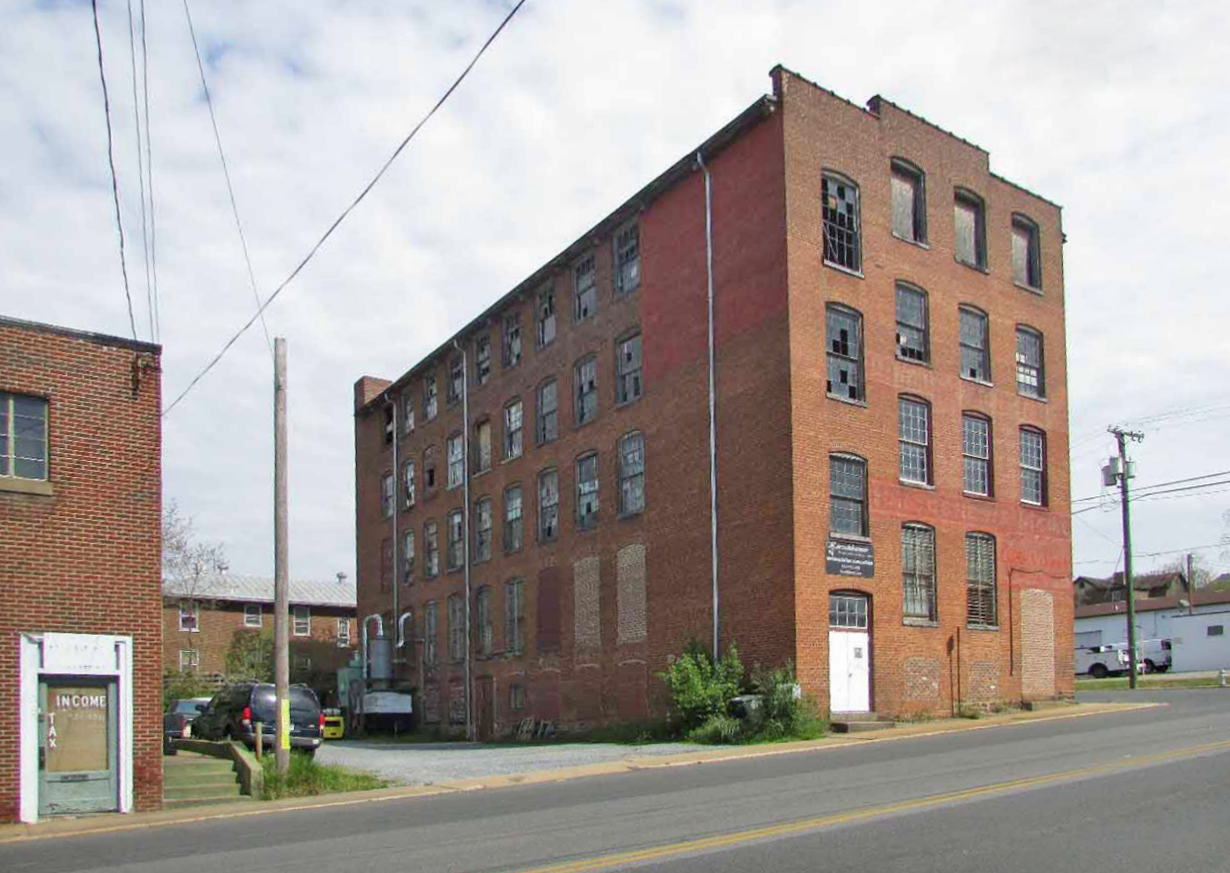 Constructed in 1906, the DeWitt-Wharton Manufacturing Company Building is emblematic of the rise during the early 20th century of a thriving textile industry in the City of Lynchburg, after the city embraced manufacturing beyond that based primarily on tobacco and iron. The building is a good example of the Contemporary Industrial style, designed by prolific local architect Edward G. Frye. Known mostly for his residential and Victorian-inspired designs, Frye also designed noteworthy Classicist buildings such as Hopwood Hall and Carnegie Hall at the University of Lynchburg. The four-story, DeWitt-Wharton masonry building composed of brick and resting on a stone basement and marked by character-defining stylistic elements such as a low-pitch gable roof, arched windows, and the use of natural materials, experienced only minimal alterations during its history in service to numerous textile manufacturing companies throughout the 20th century. With four floors of large open spaces, the DeWitt-Wharton building retains integrity of its original design, workmanship, and materials.